I know it has been a while since we posted something, but with our transition to now being a UK based blog, we have been a bit caught up in the small details of that. Thank you for your patience.

So last week I hit a milestone by turning 25, a quarter of a century! After the traditional family tea party on the day, I decided to spend the weekend in London! We got the train from Birmingham to Euston and booked an Apartment just off Baker Street, literally a 4 minute walk fro the station. The Apartment was in an apartment building street called Clarence  Gate Gardens, a wonderful little 5th floor apartment with all the amenities one could need. We opted for an apartment thinking we would have the option to cook, rather than always dine out, but that plan failed!

So on Friday morning we took our train to Euston, I regrettably booked a London Midland Train, first class, but it wasn’t much different to standard, I was convinced they were virgin trains… But obviously not! So no tea or shop! Beware London Midland trains are not the best for long journeys (In my opinion, we need tea when travelling!)

When we reached London we used the underground to reach Baker Street, we had to go to kings cross and then Baker St station, so if you are headed that way, maybe just go straight to kings cross train station (Also known as St Pancreas). We topped our Oysters up £20 each and I linked my student railcard to mine, giving me 1/3 off! Fab! 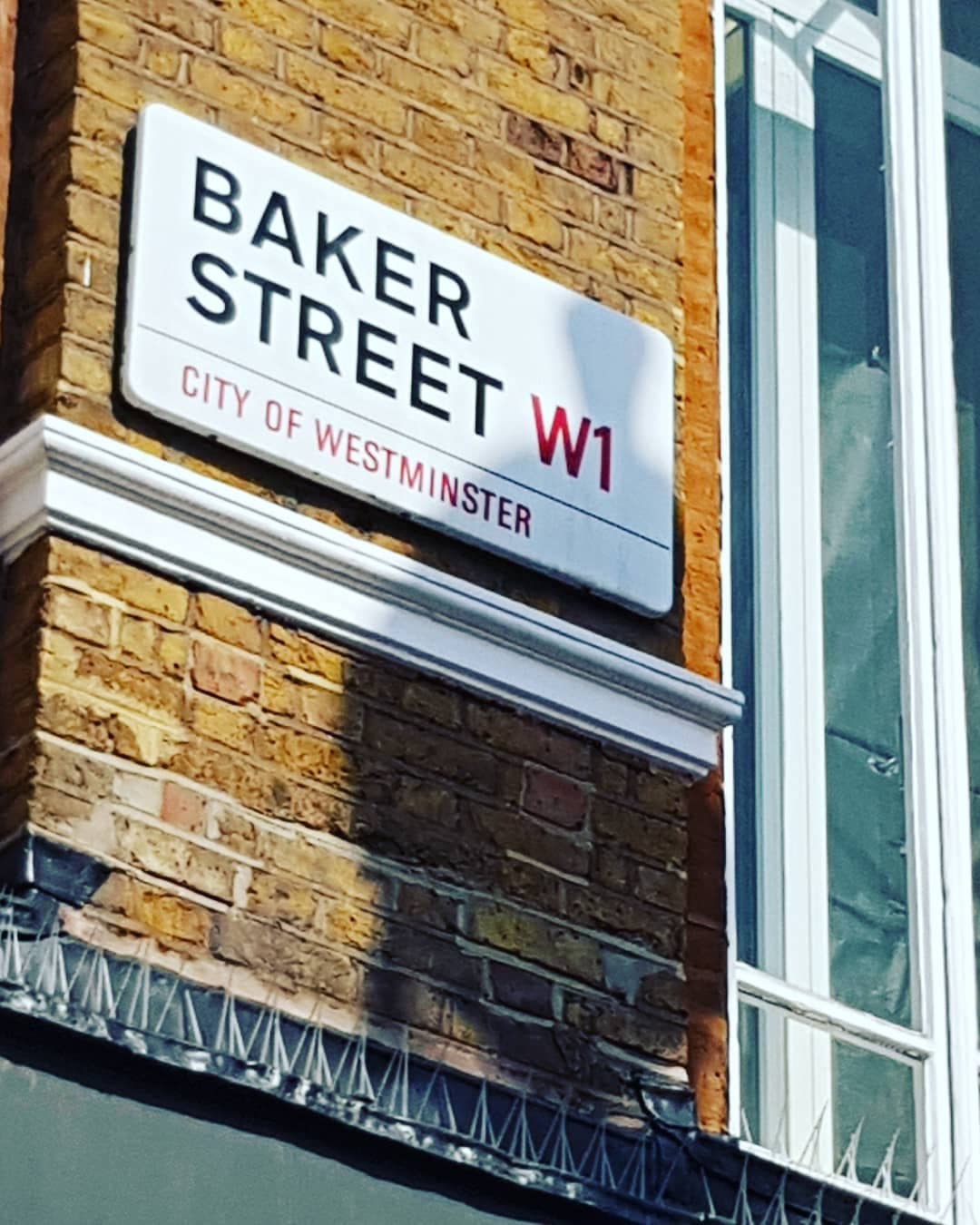 The apartment had a wonderful open plan kitchen and dining area, 3 bedrooms, and a bathroom with a bath/shower. It was clean and easily accessible  from baker street! 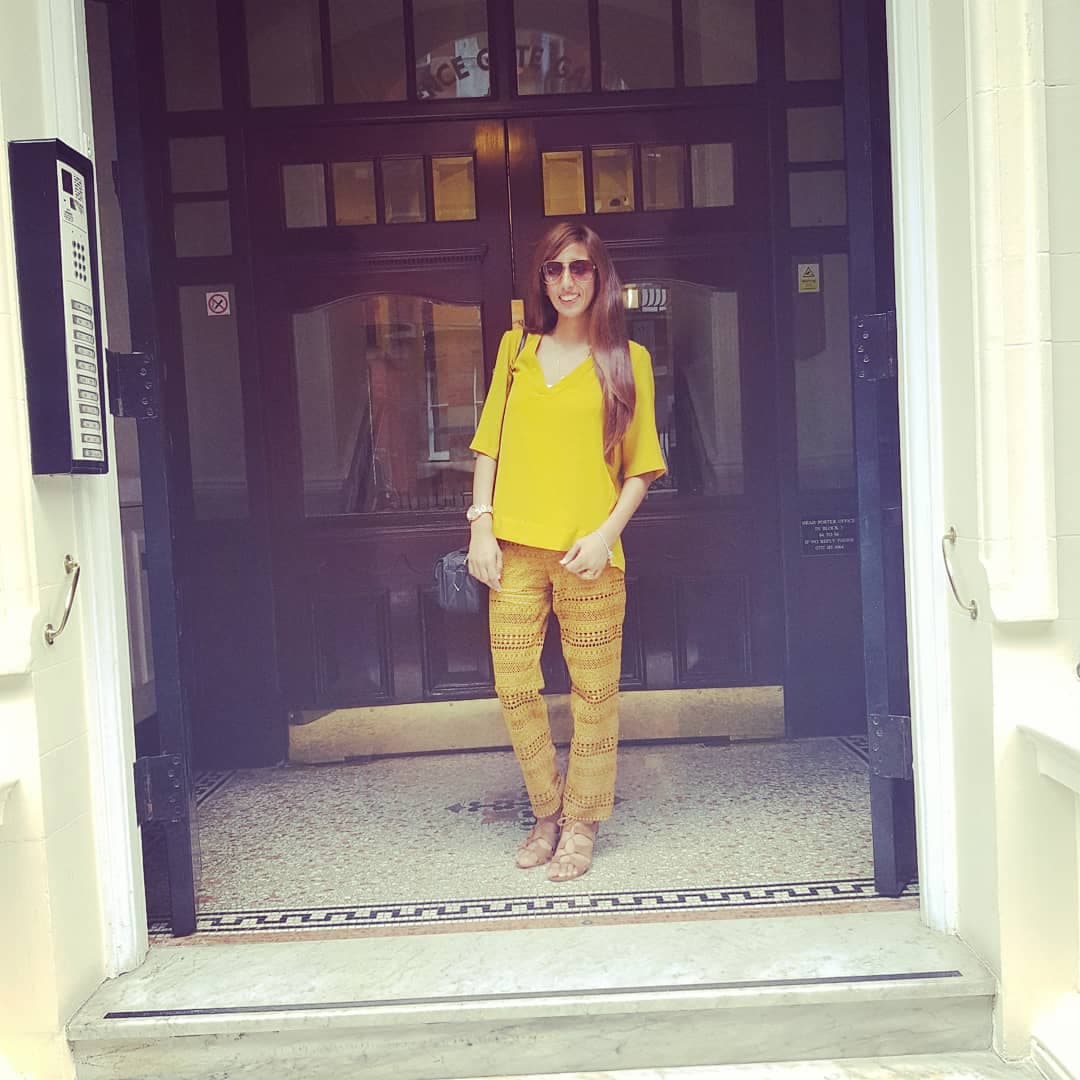 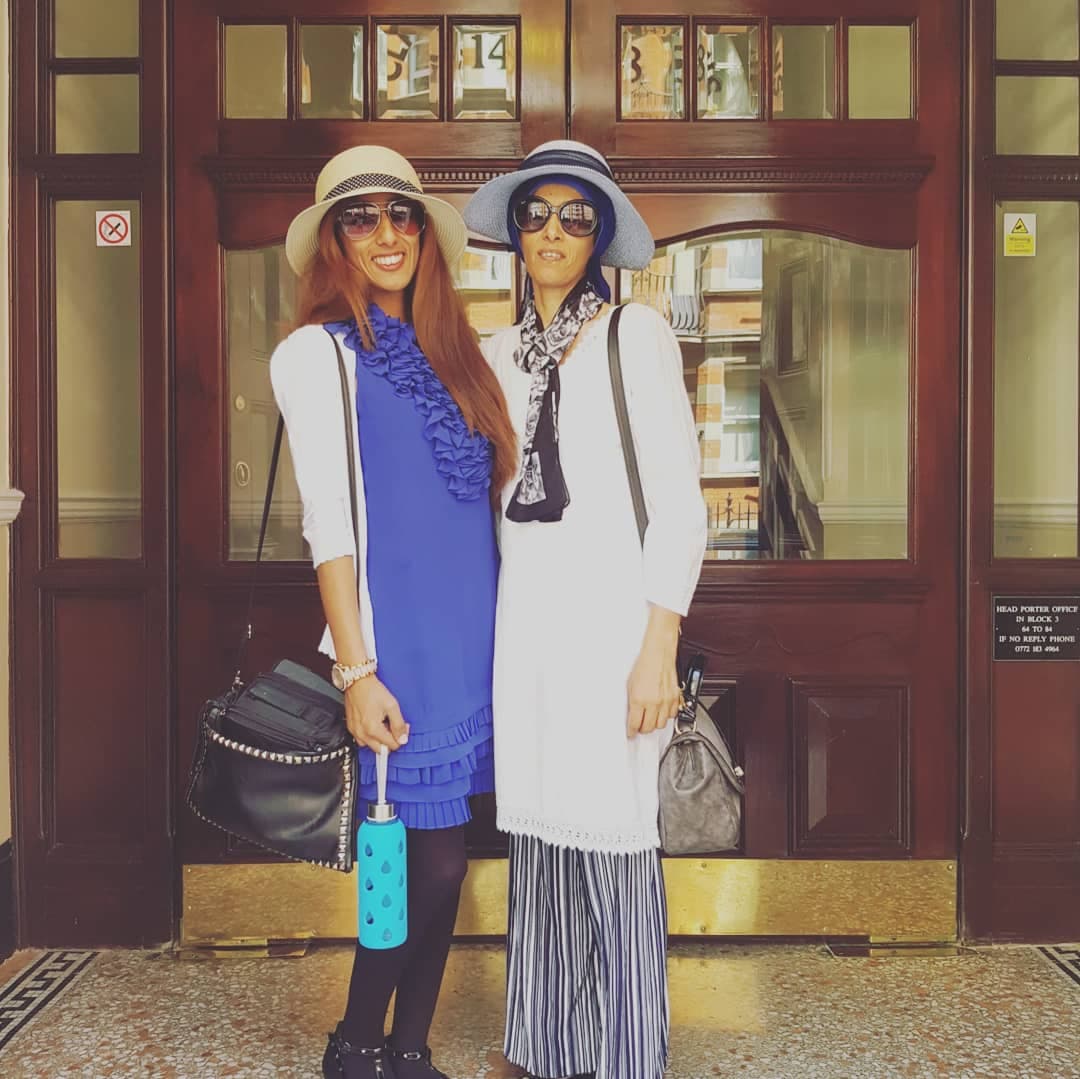 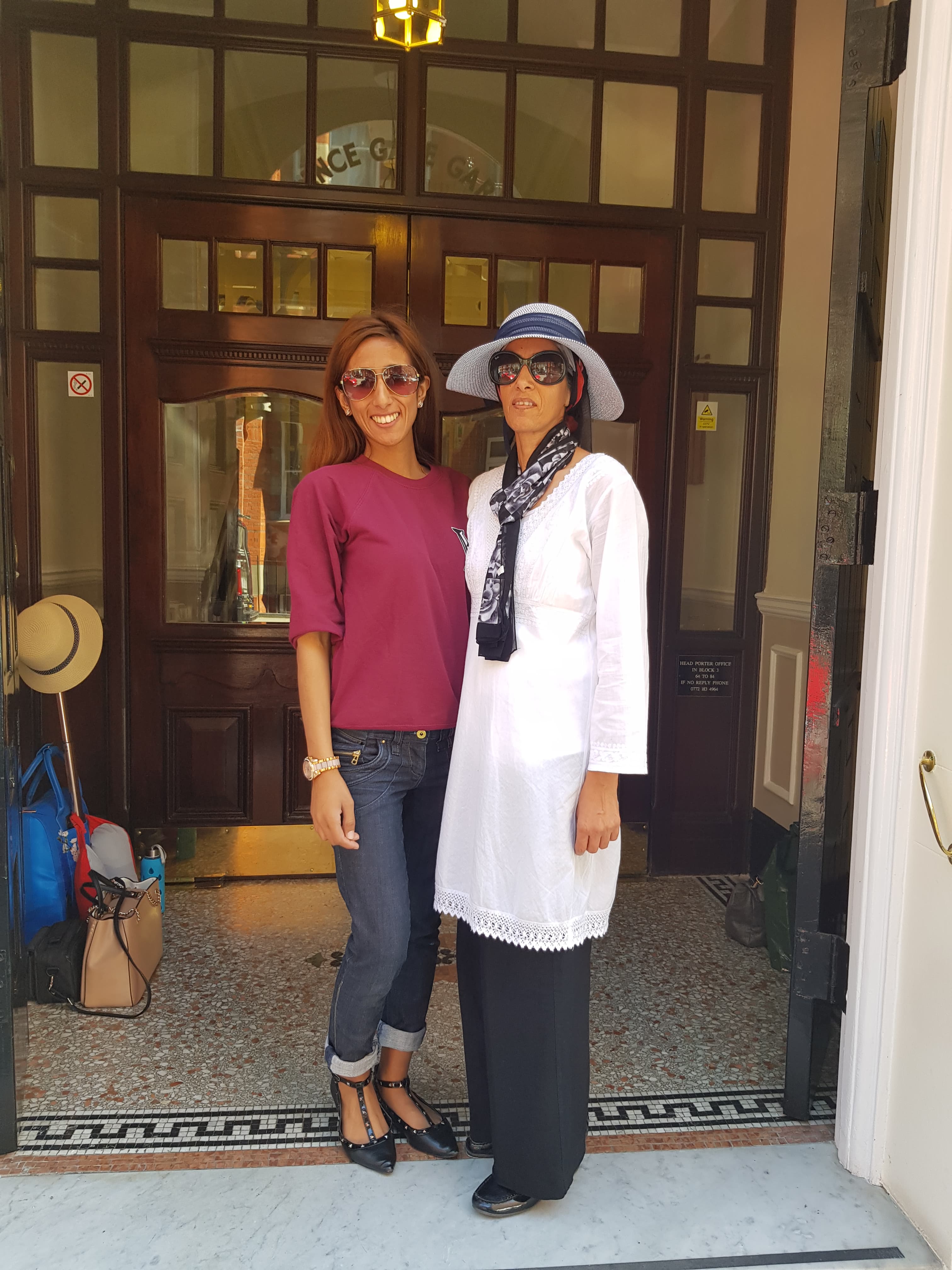 After having a cup of tea and a bit of rest we headed out to Trafalgar Square to participate in the Anti-Trump Protest! We walked down to oxford St, had a bite at Pret (As they are on literally every corner of London), and then used the underground from Marble Arch to Oxford Circus, and then the Bakerloo Line to charring cross, where Trafalgar Square was!  It was a wonderful turn out and some excellent signs and messages were given in the speeches! After this we took a walk down to the parliment houses and to our surprise we didn’t get a chance to see Big Ben due to the renovation plans! Nevertheless it was a lovely walk after attending a powerful movement. After this we headed back to our apartment, it had a been a long day and we had planned to just get a deliveroo. Sadly, when we got to baker street from Westminster underground the rain was pouring from the heavens and we had to improvise, using our newspaper to shield us and our things! 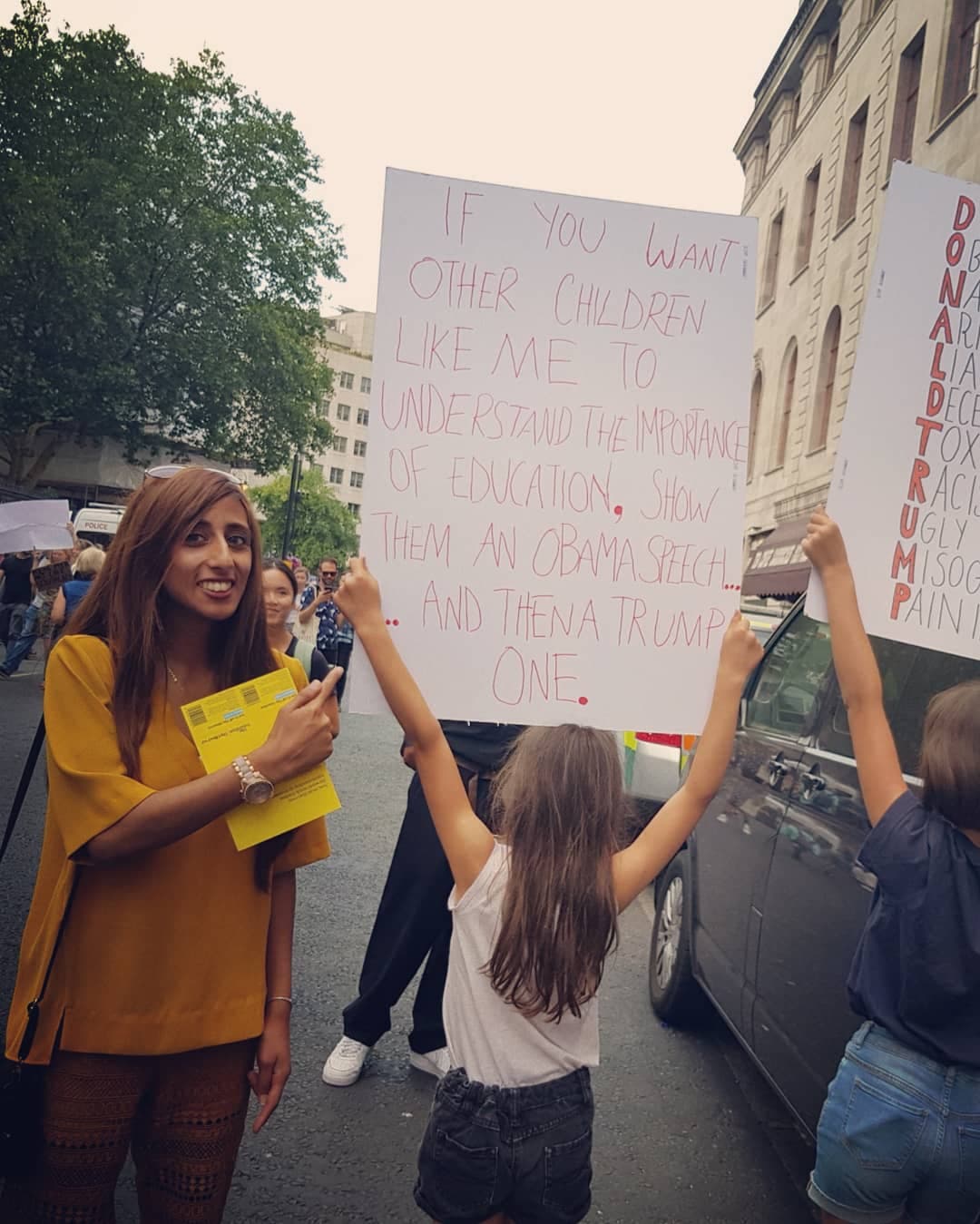 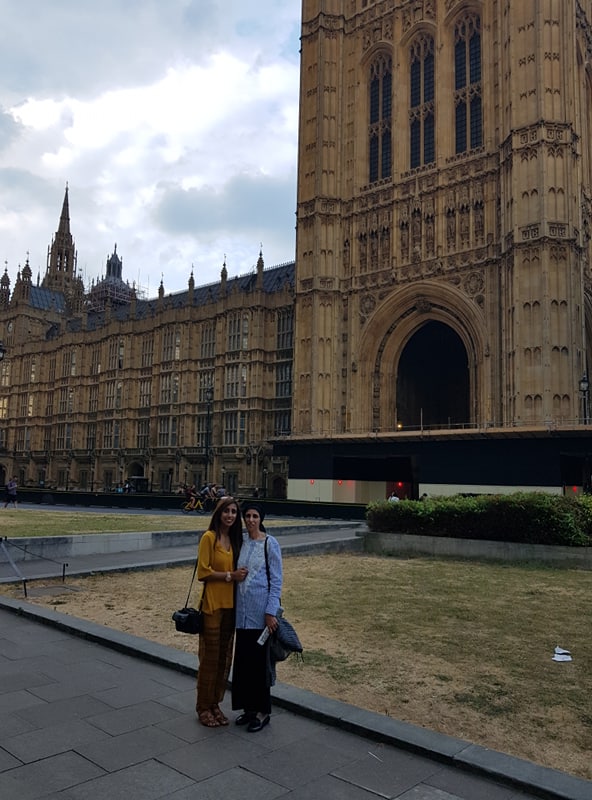 When we reached back, all the delivery sites in our area were blocked due to the protests of the day! Luckily there was a little Palestinian restaurant round the corner where we got a take out; Shake Shuka. The staff were very friendly and it was a lovely little place where we had tabouleh, manakish, sea bass and some fresh juices! We had also picked up a few things from the tesco express that was just a 2minute walk from our apartment!

After a good nights sleep we woke up early the next day and headed for the British Library by St Pacreas, it was a wonderful day and great to see the library, but we could not go in most areas due to not being registered. However, we did get to see a few books in a gallery open to the public, I would definitely say it is a great place to go check out if you have never been, one of those one off things! After this we sat back on the underground to my most awaited trip of the weekend; Stamford Bridge Stadium, home of the Football team I support; Chelsea! It is a 4 minute walk from Fulham broadway station on the district line, here are a few pics from our tour, the museum and the stadium in general; 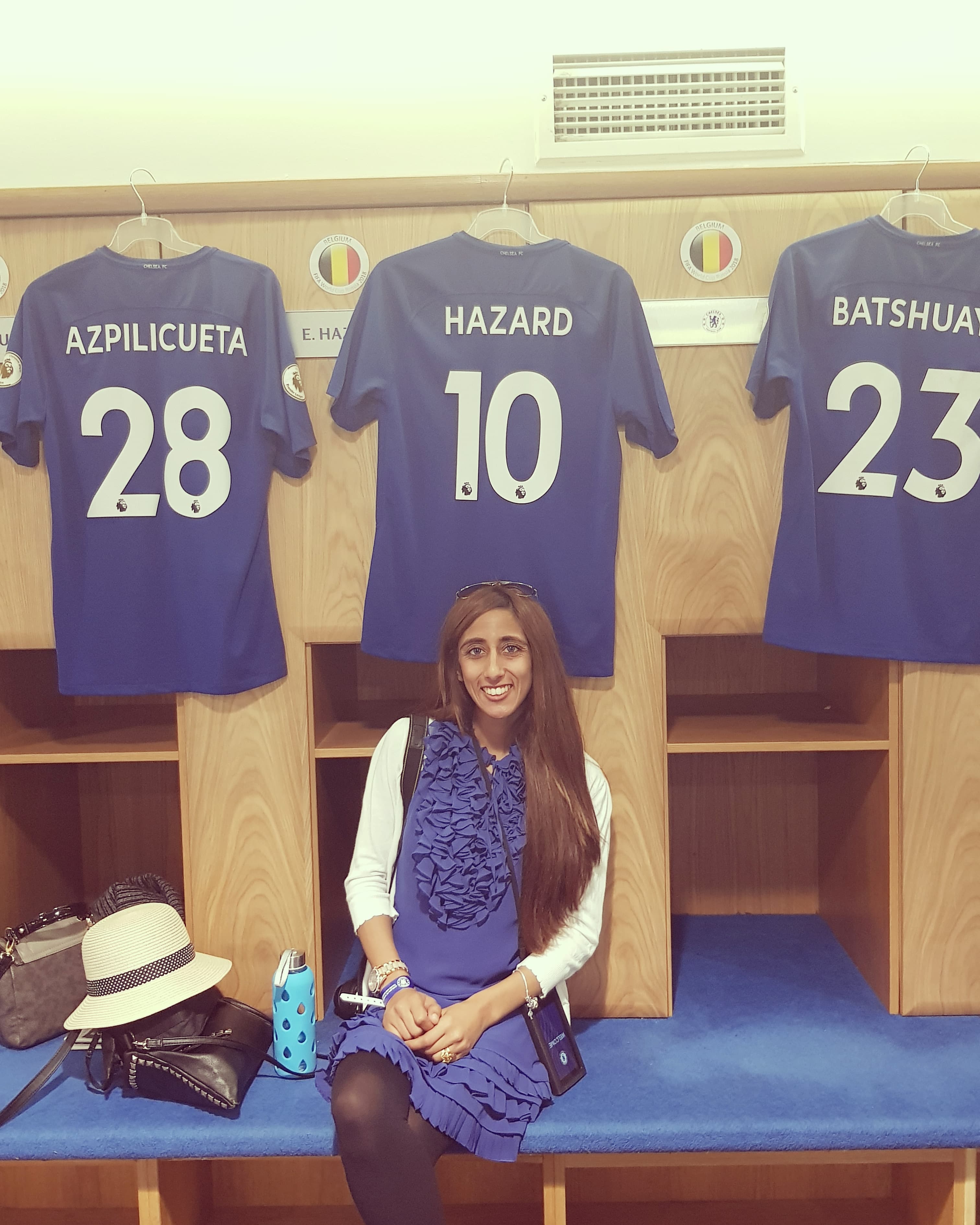 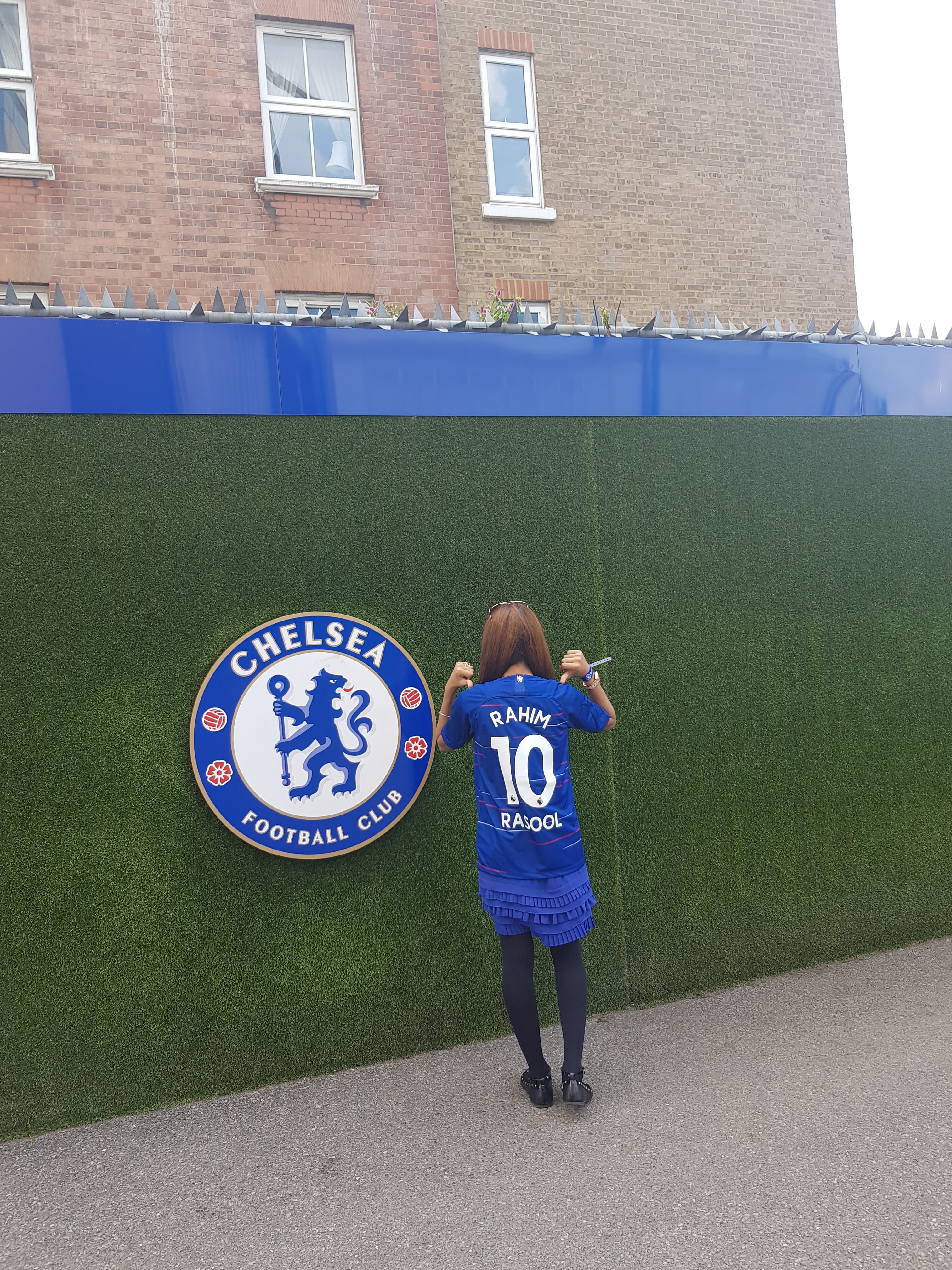 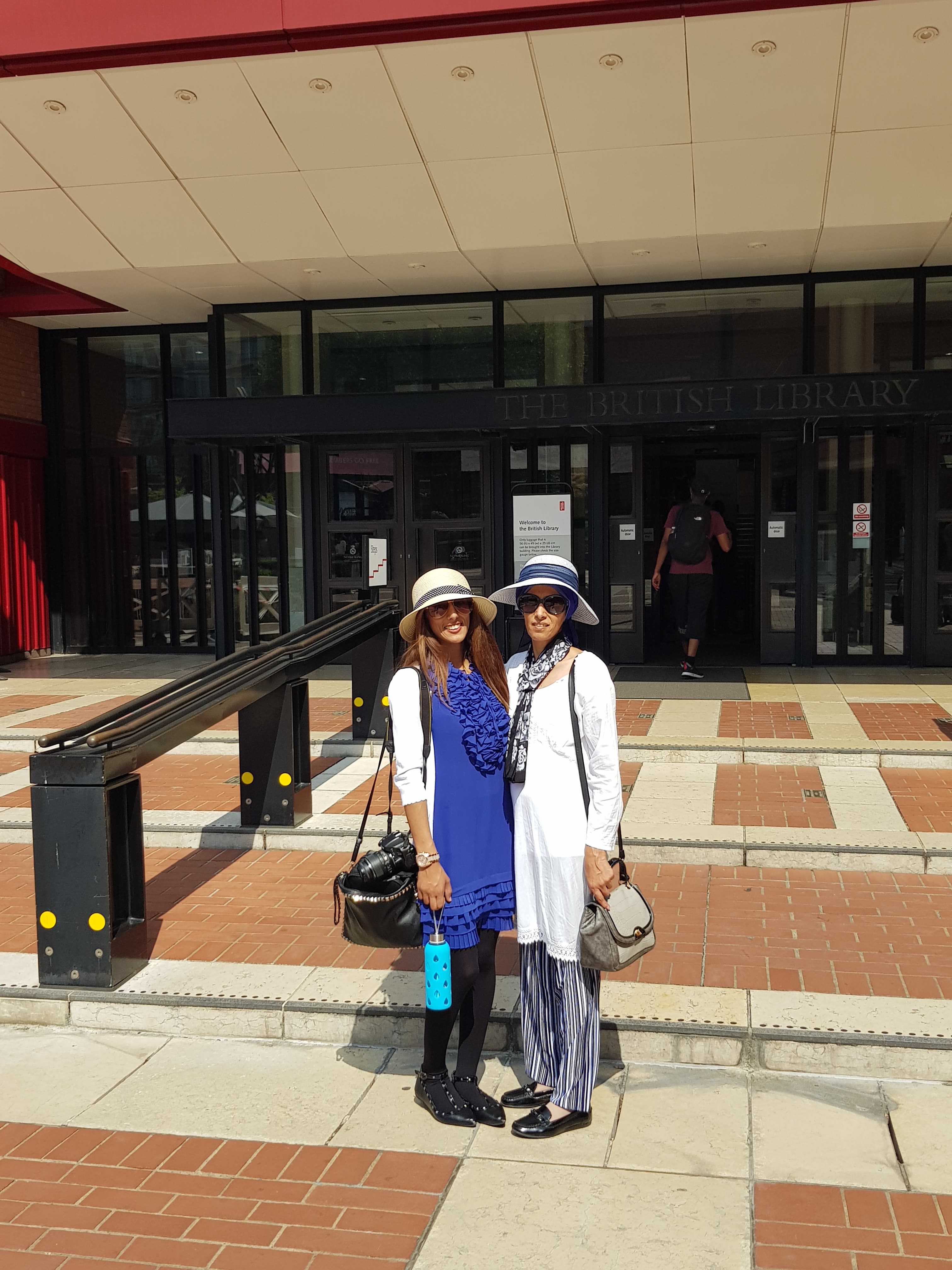 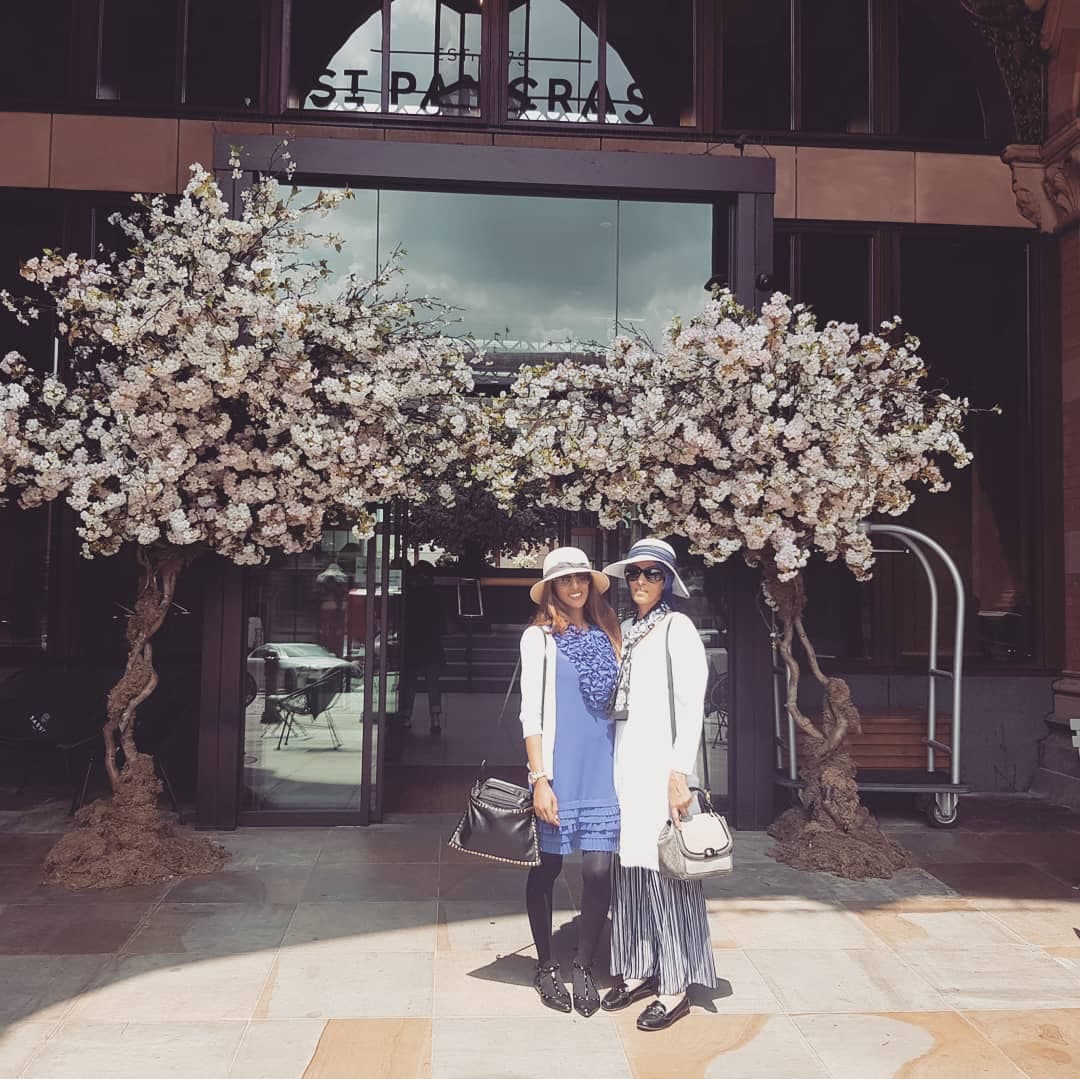 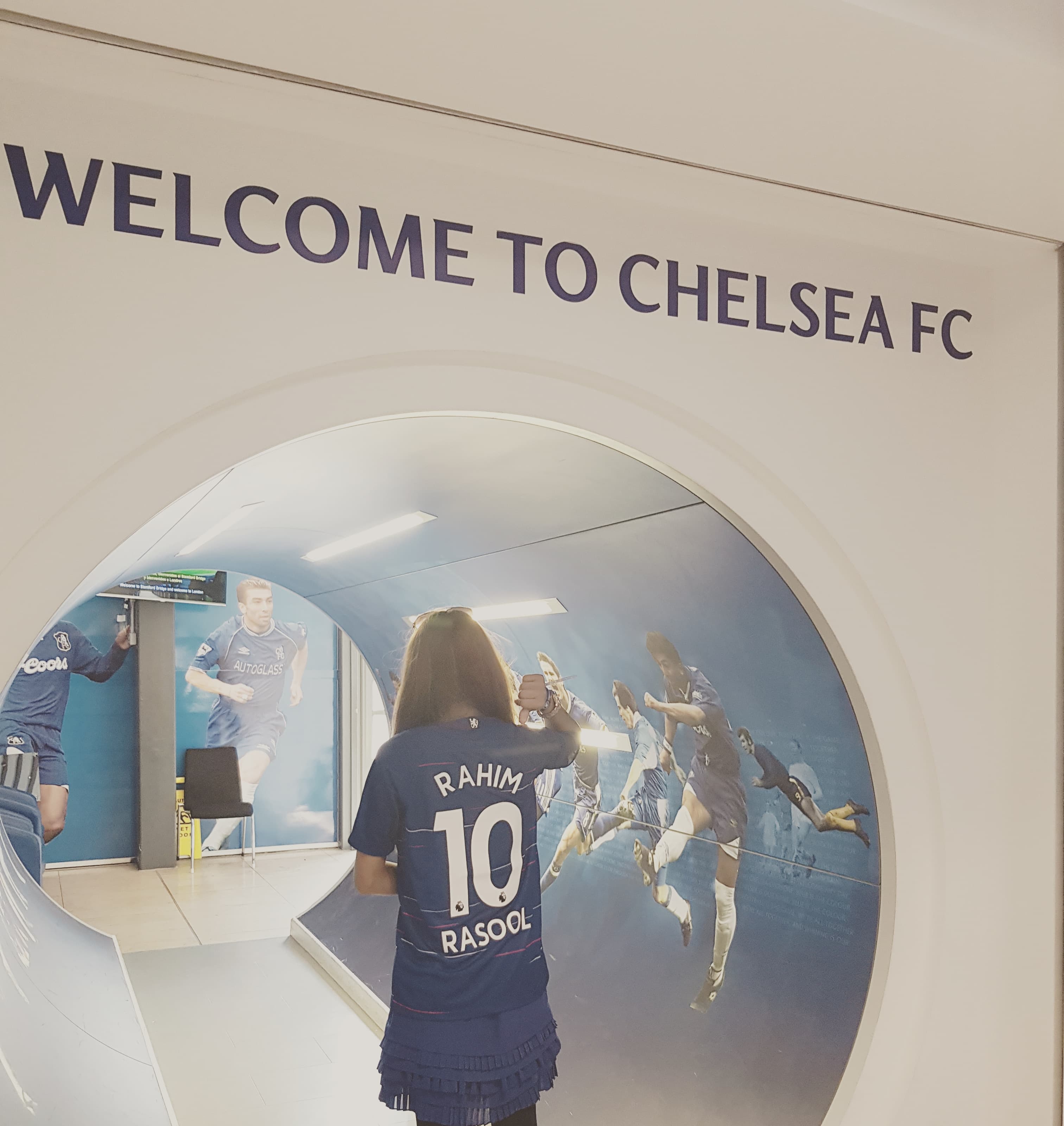 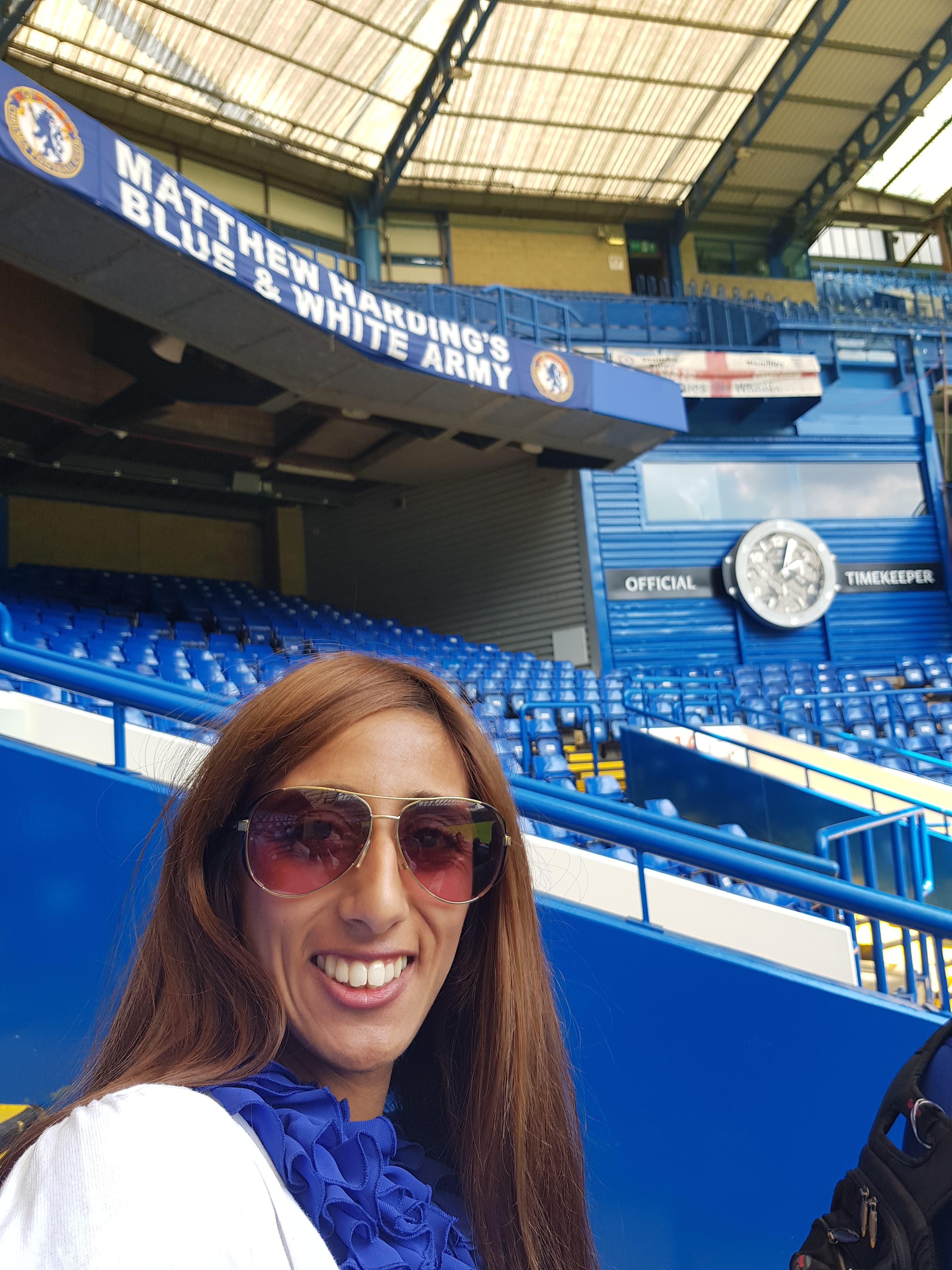 After the stadium we headed back to oxford street, popping into Selfridges and a few other shops for a bit of light shopping; 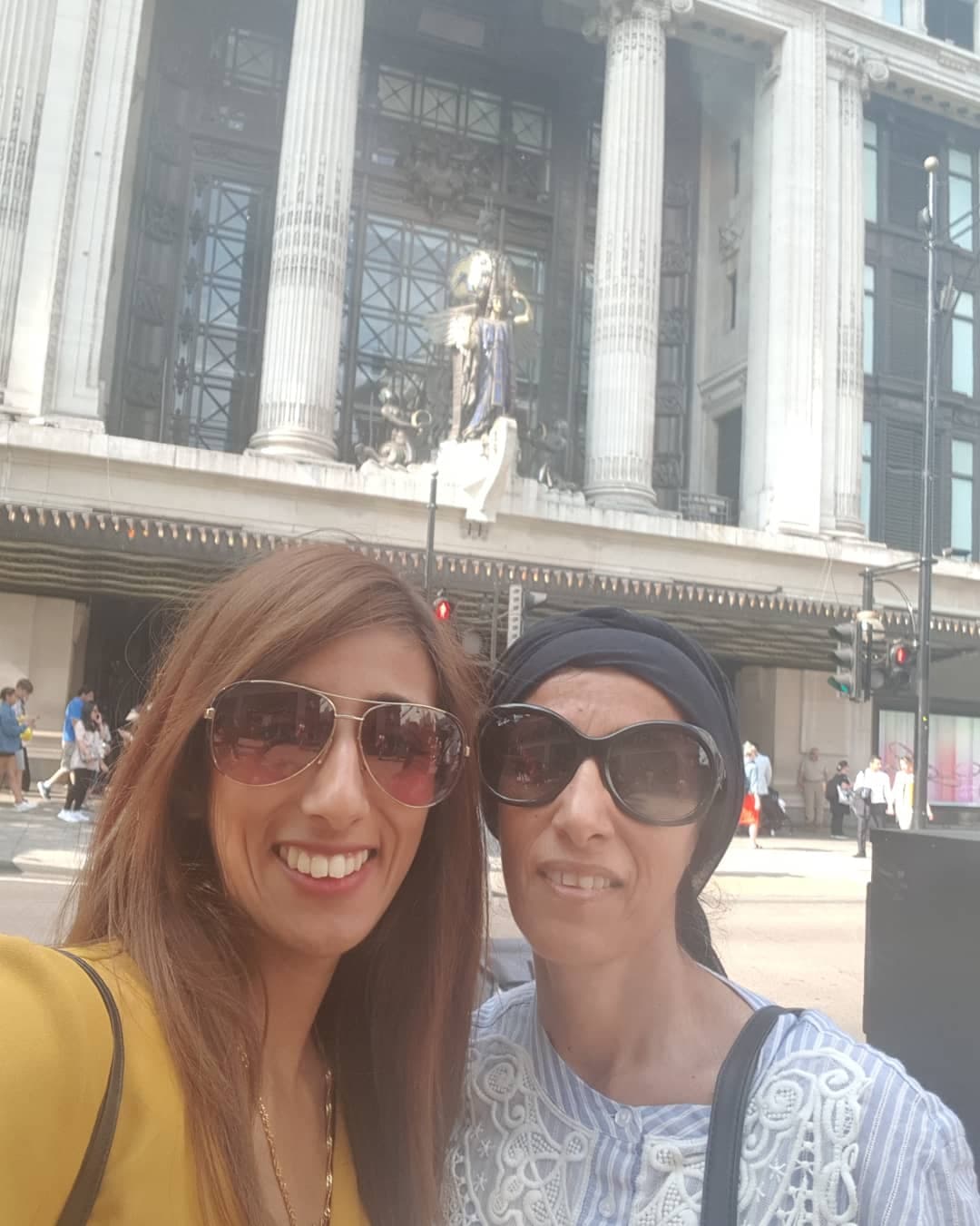 In the evening we met family at an Italian restaurant, which was conveniently around the corner. It was called Fuccina. We had risotto, Raviolli, Pizza and a few salads, mocktails and smoothies. It was a lovely ambience, friendly staff and an overall great night with my family! I really enjoyed the company food and I had a little happy birthday make and candle, however my mom was told they do sparkling candles, but sadly they didn’t come through on that one… Nonetheless it was a wonderful evening and the food was good.

On the Sunday we headed out to ZipNow London, after visiting harrods and kenssington high street for a few more bits and bobs! Zip Now wasn’t as extravagant as expected, it was located in Lambeth, inside Archbishops park. We didn’t rate the area much, it looked quite rough, and the “city views” that were advertised were behind and not visible at all in the picture…. It was a fun experience, comparing it to Aventura , We definately preferred Aventura, but this was in the middle of a public park…. It was ok for the price; students £18-20 and 2 pictures for £10/Adults £15. After this we sat on the park bench, again, it was a lovely day where we could enjoy the fresh outdoors! We had a bite to eat and headed back to Euston to travel back home!

Whilst at Euston we had a bit of time so we had a halal chicken burger @ Prime burger and some tea from Leon.

It was a great weekend and I hope you enjoy the pictures and our wee review! London is such a huge city, I have been traveling there a lot as a child, but this trip will surely stay in my heart for a while.