Burton Upon Trent History : How Burton Abbey has developed with time 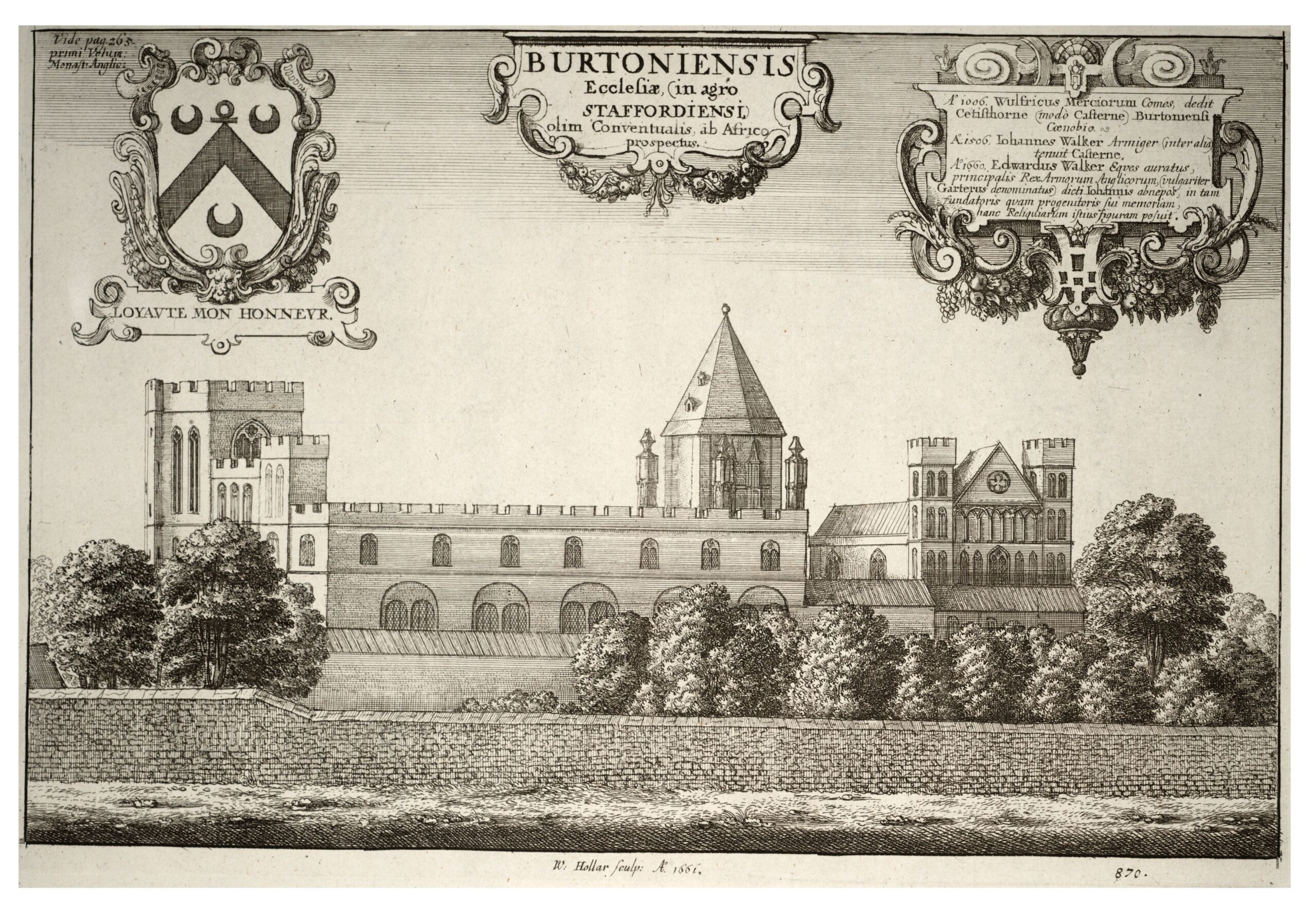 How Burton Abbey has developed with time

The history of Burton abbey is riddled with confusion and mayhem. Over the years, the abbey’s inherent weaknesses in administration and spirituality have done more damage to it than could be expected. After the suppression of monasteries by Henry VIII, several Benedictine abbeys underwent a great deal of destruction at a shocking speed. Today, these impressive ruins hold a commanding sight for a tourist on a peaceful day out. Can the same be said about the Burton abbey?

During the civil war of 1643, the old standing church of Burton abbey was exploded from the two barrels of gunpowder it stored inside the building. The windows and roof were the first of many structures of the precinct to go up in flames. This left the parishioners with a great deal of devastation, more so than King Henry’s dissolution of their monastic lives, as it made a permanent dent to their place of worship. It took 50 or some years of suffering and labour to recover the town after the catastrophe.

The northern part of the location was occupied by the church, where on a part of it, a Market Place is now situated. The other part of the church was converted to modern-day St Modwen’s church, built between 1719 and 1726, as a grade, I listed church in Staffordshire. To the south of the St Modwen’s church, the remains of building’s array of cloisters were restored to a market hall, built in the 15th century. It was later demolished in 1772 and replaced with a town hall, which too was eventually replaced by the present-day market hall, opened in 1883. The market had wooden stalls with slanted roofs, selling fish and pigs, in an area today publicly called as the Abbey Arcade.

Although the surviving layout records are somehow speculative from other Benedictine abbeys, it is still believed that the church was, surely, divided into an upper monastic and a lower nave church. It suggests an occupancy by a transept on either side of the chancel with a tower above the crossing: a very known layout of churches of that time. Beginning at the northwestern corner of the almonry in 1431, the cloister was re-built as a gift by Bishop Heyworth to the abbey. Abbots Longdon (1329-40) and Bryknell (1340-47) set up a chapter house on the eastern side of the church.

Further to the south and east of the market hall was a detached building, bordered by the river, which may have been an infirmary. It was later converted to one of the most popular places among the Burtonians, that is, The Abbey Inn (now the Winery). Its currently on the soil of scant remains of the chapter house, cloister wall, and the parlour doorway of the abbey. The remains of the doorway were subsequently remodelled by Robert Thornewill, of Thornewill & Warham iron founders in 1850, who rented the building for personal residence.

As claimed by the layout plan, the east wing of the abbey extended beyond the cloister columns to a stairway giving access to the dormitory above it. The dormitory is believed to have been chambered separately from the rest of the abbey with six ‘cells’ along each side and a larger one facing the south end. The west wing was inhabited by the abbot’s rooms, which were later fashioned into the abbot’s private chambers.

A tall building was erected by Abbot de Burton (1305-16) close to the gates of the abbey, and in 1326, Abbot Bromley entrusted it to the chamberlain. In 1428, Abbot Mathew set in motion the construction of an abbey gate by the west side of the building, after which Abbot Henley (1433-55) finished it. These were situated at what is now the busy road to The Winery, down the Market Place, and opposite to the end of the present New Street. The remains of the Abbey gates were bulldozed in 1927. Part of the gate and one of the arches were rebuilt and still stands in Newtown Park.

Dissolution of the abbey

When Martin Luther expressed outrage against the Roman Catholic church for clericalism in 1517, King Henry VIII personally saw to it that the arguments of the reformer were renounced. For this, the Pope rewarded Henry with an exalted title of Defender of the Faith. A few years later, Henry wanted out of his first marriage but the Pope refused, not outright though, and stretched the negotiations for years to come.

Henry eventually grew frustrated, and upon convincing of his advisor, Thomas Cromwell – a protestant –he broke up with the Catholic church and announced himself as the Supreme Head of the church. He dissolved the nation’s monasteries, priories and churches, appropriating and re-allocating the properties as he thought fit. Burton abbey was first threatened by Francis, Lord Hastings, who realized the impending fall and wrote to Thomas Cromwell asking for the abbey and its lands.

However, later in the same year, at the end of August 1538, Sir William Basset who had a manor few miles to the north-west of Derby, received a letter by Thomas Cromwell instructing to take down the shrine of St Modwen. William assigned the task of removing the statue to his brother, Francis Basset – a servant to Thomas Cranmer, archbishop of Canterbury, who was also a protestant.

The confiscated statue was delivered to Austin Friars (Thomas Cromwell’s main residence) in London and was described by Thomas Tracker, Steward to Cromwell, in the letter to his lord as “the image of Saint Modwen with her red cow and her staff which women labouring of a child in those parts were desirous to have with them to lean upon and to walk with”.

The abbey was the last to be absorbed by the state in Staffordshire. In 1539, Abbot William Edys was forced to give up the abbey. It was later granted to Sir William Paget, Henry VIII’s secretary of state, including the manor and all its lands in January 1546. He also gave lands at Beaudesert, in Cannock Chase, and he came to be known as the 1st Baron of Beaudesert.

William Paget began the expansion plans for the manor to convert it into a vast mansion. The plans show that the house was to comprise of three floors and a long stretch of the passageway. The old abbey buildings were finally demolished. As the major changes were made to the house, the building was rebuilt with stone, and then timber-framed. The building still exists near the Market Place with its historic medieval arched-steeled roof.

The abbey has surprisingly been over-built and re-built so many times that its developmental history parallels the rest of its history. Nevertheless, what remains of it and perseveres in The Winery can undoubtedly be described as magnificent, historic, and picturesque with the captivating backdrop of 18th century St Modwen’s church.