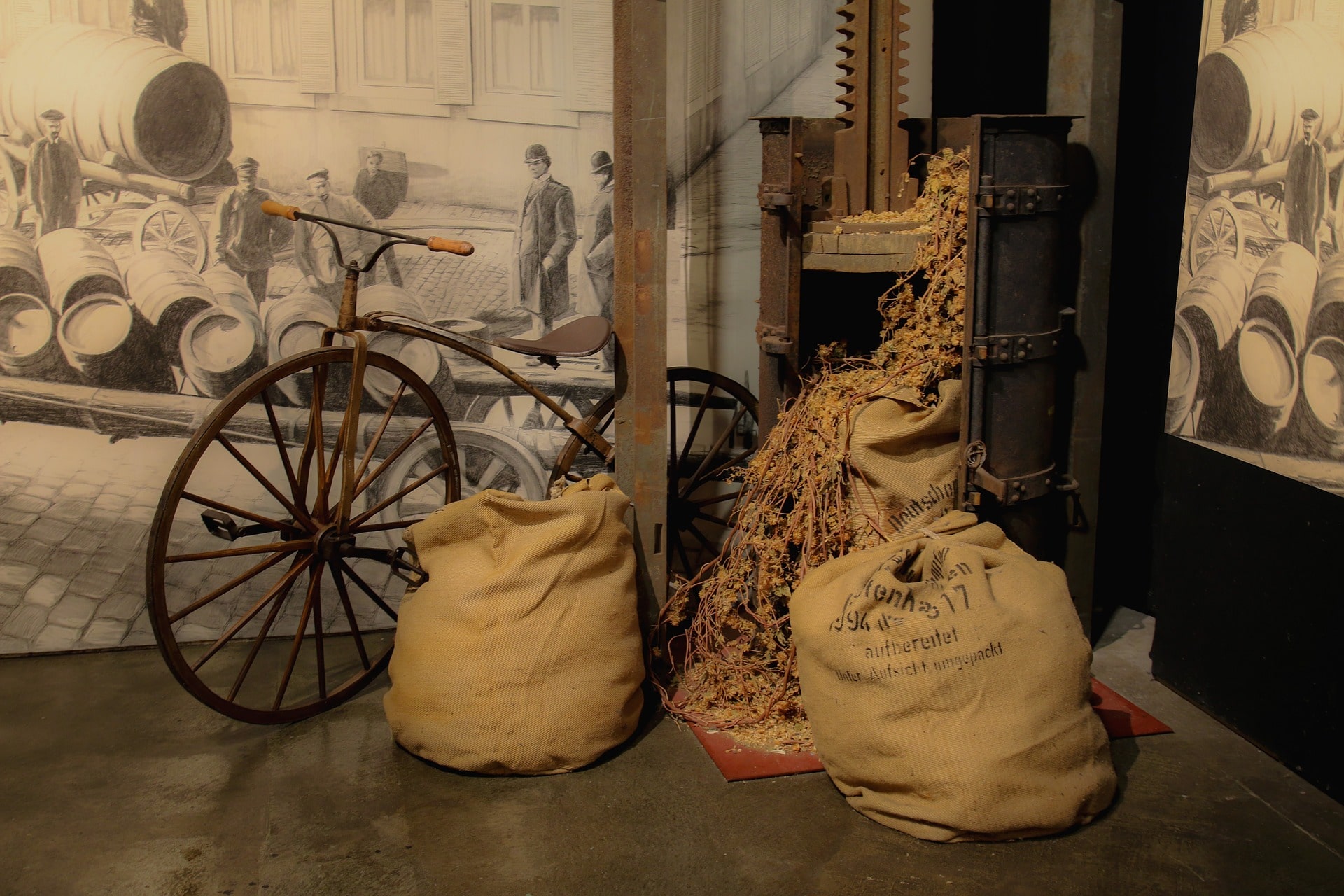 This series has been quite a challenge, and we should catch up here. In the last one, Allsopp partnered with its neighbor Ind Coope in 1934, and Bass seized up Worthington in 1927. Marston, Thompson and Evershed Ltd birthed in 1905. And by 1945, Burton was home to a staggering five breweries, including Truman, Hanbury and Buxton, and Everards.

The last sixty-five years of this century went through a string of events related to the introduction of advanced machinery for most of the brewing processes, a troublesome shift from railways to roads, more acquisitions and mergers to form even larger companies, and more than two decades of destruction in the name of commercialization.

Brewers had ditched many traditional practices in their brewing routines, even long before the world war II. Post-war, Bass dug deep in its pockets to invest in modern machines that could out-perform all the other systems. The company brought forth solutions to better chilling facilities, automatic tower maltings, keg washing and filling, and ‘dual-purpose vessels’ for fermentation and storage. This change severely reduced the need for manual labor in the production division, but inevitably the job availabilities rose in the service departments. The number of towners soon doubled as Burton pushed towards modernization.

It was during this time of 1950s that a Canadian businessman, Eddie Taylor, came, observed, understood, and snagged up breweries like hotcakes. Whether it was the fact that the monetary value of most breweries lay in their tied estates, and Taylor was smart to stumble upon it or just pure luck, he was, nevertheless, fortunate in generating a market for his product, Carling Black Label. Over the next thirty years, drinkers from most parts of the country transitioned from Burton’s fine pale ales to his second-rate pilsner lagers.

However, not all was lost. In response to this decline in popularity, Bass needed to affiliate first with Mitchells and Butlers in 1961 and later with Charrington in 1967. By the end of the 1950s, Ind Coope and Allsopp had acquired notable breweries in the town and outside and built for themselves an empire consisting of a large tied estate of at least 5,200 pubs. The company dropped Allsopp’s name in 1959. And in 1961, Edward Thompson convinced two other regional moguls, Tetley Walker and Ansell, to join his nationally commended brand, Double Diamond, and the three formed Allied Breweries.

Concomitantly, Britain was experiencing a transformation itself in the form of six-lane motorways, effectively connecting significant parts of the country. Burton’s canals and railways were out of date to new fast, mega roads. Once again, the town became outdistanced, and as Bob Ricketts notes, the brewers could not have made more haste in packing and outrunning from the place and its ancientness, leaving behind vast unusable areas in the center.

The road trade gained momentum after 1956 when Bass and Co started favoring it to railway transport. Until then, no one at Burton had felt the need to give up their private lines for road transport. Soon, however, as priorities changed, mainly because of price jumps in rail freightage and growing disputes between British rail and brewers, merchants expressed their displeasure over dissatisfactory services and inadequate maintenance of tracks.

By 1963, almost all of the brewers had abandoned the private sidings. Trucks and lorries were launched for long-distance transportation of barrels and to bring in raw materials. They had to demolish most of the trackbed to provide space and free up land. What remained of the tracks has been converted into relief roads like Wharf Road Wetmore bypass, providing the townsfolk with an indispensable way around the traffic blocked routes. The Worthington Way links up High Street with Station street while the former Bond End Branch got rerouted to St Peter’s bridge.

The period through 1960 to the mid-1980s reflects the crippling decades in the history of Burton. Around this time, many redundant brewing and malting sites that were once home to Burton’s distinctive industry now seemed to be taking up a lot of expanse out of an already cramped town. It did not help that at the same time, the townsfolks were adamant about improving their lifestyles and attempting to embrace a more modern path. The sites were purchased and turned into retail outlets and shopping centers. Some paved into the extensive lorry and car parks. All these rapid changes costed Burton to lose close to two-thirds of its brewing historical assets under the political and industrial pressure.

There are no records of any historical heritage listing in Burton until 1979, and by that time, substantial demolition had already happened. But according to Cooksey’s report of 1986, some of the buildings were conserved: Everard Trent Brewery (Anglesey Road), brewhouse to former Ind Coope & Co. Brewery (Station Street), fermentation block to Allsopp New Brewery, and Bass Plough Maltings (Horninglow Street).

Burton’s malthouses were a fascinating collection of buildings. Originators of revolutionary malt productions through intricate pneumatic drum techniques, they had to be sensitively handled. On the optimistic side, three such malthouses survived and were regenerated but never listed. Salt & Co. Walsitch Maltings with its engine house and microbrewery, partially demolished Meakin/Worthington Crown Maltings, and Ind Coope & Co. wines and spirits stores at Station street, which recently converted to St James’ Court apartments.

Following with more good news, Bass museum came to rescue for all that left of brewing heritage in Burton. William Worthington’s microbrewery tops it all with its in-house production of popular White Shield pale ale. On the other side of the museum, Marston is offering a chance for visitors to sample its local ale. The name of the museum changed upon the transfer of ownership to Coors – the Coors Visitors Centre. Eventually, it got renamed to The National Brewery Centre as it has now come to be known.

Even after facing numerous difficult conditions, the brewing industry continues to thrive in the town. Till today, Burton has maintained a small renaissance piece of its past gigantic industry in the form of breweries like Marston, Burton Bridge, and Black Hole, all in the reach of 2 miles. And with this, we raise a glass to this quirky little town and celebrate the uniqueness and diversity of its staple industry.