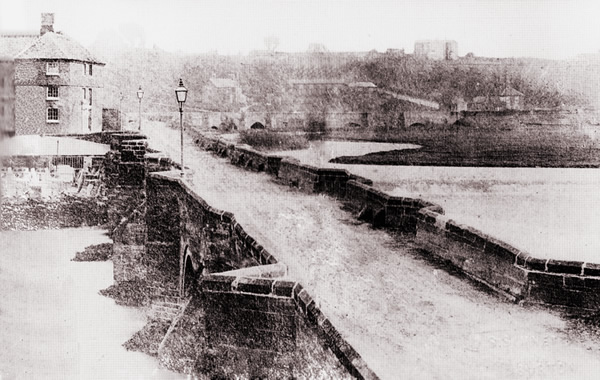 It is quite strange to think that those Englishmen who took pride in being part of a nation that knows how to eloquently converse, undertake actions with profound gentleness, and hideaway disgust with diplomacy, had to go to war with each other like savages. Without doubt, the so-called ‘English Civil War,’ as it has come to be known, is a fallacious term seeing that the strife extended beyond England to Scotland, Ireland, and Wales.

From 1629-1640, Charles I ruled England without a Parliament. Consequently, he had limited access to funding from England’s gentry. To counteract, he introduced an unpopular Shipping Tax (to reinforce the Royal Navy), which was to be paid by counties with a sea border in times of war. Although fair, it was received with friction from many country-men, and with no way to air their grievances.

It was after his abominable defeat at the hands of Scots in Bishops’ Wars of 1639 and 1640, that the country was desperately crushing from bankruptcy, and Charles had to recall the Parliament. Much to his dismay, the Parliament undertook ordinances whereby, Shipping Tax was abolished, his closest advisors, Archbishop Laud and Lord Strafford, were arrested and their power run courts of The Star Chamber and The High Commission were disembodied, and a Militia Bill was passed in an attempt to gain control of royal armed forces.

The origins of civil war are multifactorial and complex. Charles’s response to the Parliaments increased domineering, was to arrest five members of the Parliament. This cost him the support of remaining undecided members. At this rate, a full-out war was beginning to take shape, and to top it all, Charles’s marriage to a Catholic, Princess Henrietta Maria of France, and his deceptive papish decisions did little to avert the scepticism amongst the Protestants about his intentions for country’s religious future.

Burton was chiefly a Protestant county, with at least 127 Parliamentarians living in the town when the war between the King and supporters of the Parliament broke out. From them, a prominent Parliamentarian going by the name Daniel Watson, a lawyer of Nether Hall, rose to the occasion by becoming the captain of dragoons of the Derbyshire cavalry.

A rumour snowballed in early 1642 across Burton saying that the Catholics of Staffordshire were hoarding gunpowder to aid the rebellion. Lord Paget conducted investigations and found the rumour to be baseless. Yet, there was a massive explosion in St Modwen’s church that blasted the windows and roof.

Lord Paget’s wavering loyalties, in such times, made his intentions transparent. Initially, he declared support for the Parliament, later in June, he swore allegiance to the King, and then ironically, in September of the same year, switched back to supporting the Parliamentarians.

Burton’s bridge served as quite a strategic river crossing between the Parliamentary Stafford and Derby and Royalist Lichfield, Tutbury, and Ashby-de-la-Zouch; it was beyond obvious that Burton was contested over throughout the civil war, and owing to the absence of walls and natural defences, it changed hands at least a dozen times from 1642 to 1646.

In late 1642, a garrison was set up at Derby by the Parliamentarian forces, and Burton was drawn to the attention of Sir John Gell, a right-wing Parliamentarian, who was an appointed sheriff of Derbyshire. There is firm evidence available to believe that Gell had a long-standing conflict with the Earl of Chesterfield and his brother Sir John Stanhope, who used to meet at Burton to discuss the tactics of war before the Parliamentarians forced them out.

In February 1643, Gell ordered the construction of an artillery company in Burton under Major Johannes Molanus, a Dutchman, who had come to England to help with the drainage plans in Lincolnshire. However, the garrison withdrew later with the instructions to attack one of the Royalist’s main field armies at Newark in Nottinghamshire.

After taking on Lichfield at the end of April 1643, Prince Rupert, a Royalist cavalry commander, placed a garrison at Burton, but it was not for long when the forces of Gell and Lord Grey of Groby, commander-in-chief of the East Midlands Association, dispelled them. Gell brought in Captain Thomas Sanders as the guardian of 200-foot, 60 dragoons, and one canon garrison at Burton, all of which were acquired from Derbyshire forces. As it turned out, Sanders deserted the garrison with all his troop intact and joined Colonel Richard Houghton, Parliamentarian member of Staffordshire county committee. Sanders is believed to have been more revolutionary in his thoughts and might have seen Gell leaving him with only a few soldiers in vulnerable Burton as an indication to Gell’s way-out to thwart a potential rival.

An army led by Queen Henrietta Maria, wife of Charles I, charged to the garrison on 4th of July, 1643, which resulted in a bloody battle. The church was wrecked, the town was looted, houses were torpedoed, and unreasonable amount of spoils were taken, which the Queen herself described as ‘soldiers could not well march with their bundles.’ Close of day, Thomas Tyldesley, a Royalist commander from Lancashire, was knighted for his vigour and leadership. A plaque to commemorate him was erected on the bridge by Burton Civic Society in 1993.

For the next six months, the Royalists spent their energies into fortifying the bridge, but to no avail. They were, once again, driven out by Gell and his troops in January 1644. Burton was tossed between the Royalists and the Parliamentarians a couple of more times. By the end of May 1645, as the Royalists had taken Burton back, Charles I opened his headquarters here briefly. In early 1646, the town finally ended up as a stronghold of Parliamentarians, and readily supplied both beer and money to fellow Parliamentarians assigned at Tutbury and Lichfield.

After the restoration of the monarchy in 1660, Burton emerged as a rendezvous for dissenting groups: Presbyterians, Baptists, Quakers, and five excluded ministers active in the parish. This caused some Anglicans to voice their doubts over the promised fealty by the towners to the renewed faith of the country. Records of nonconformity can be found in the archives dating back to early 18th century, in which six houses were registered as dissenters and rebel gatherings were confirmed.