Azerbaijan takes over as the favorite holiday destination for Arab travelers

Azerbaijan dominating as the new hot –ticket destination for Arab travelers
Fascinated by this multifaceted country and its ancient capital on the shores of the Caspian Sea. Captivated by the copiousness of its cultural practices, climate, nature, the friendliness and kindness of the people, dozens of Gulf Arab tourists are flocking to Azerbaijan.
Summertime is in full pitch as women in sweeping black Abayas can be seen alongside their husbands in the upscale shopping malls, carrying shopping bags full of goodies, with a troop of children following close.
A comparable scene can be viewed at the Baku Boulevard, where one can barely keep up with the eager children from the Middle East, having fun by the seashore. It’s no wonder that under the leadership of President Heydar Aliyev, Azerbaijan has emerged as a hot ticket destination for Arab visitors. 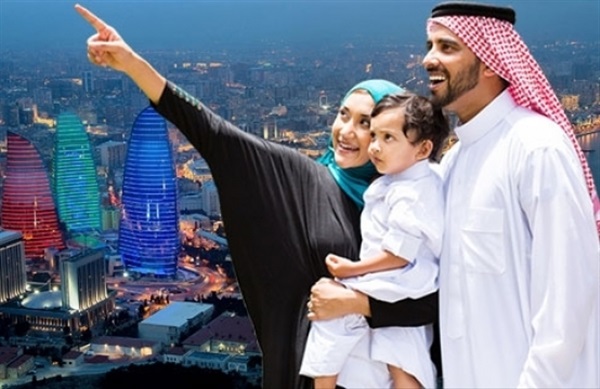 Why Azerbaijan?
Azerbaijan has captured the interest of the Arab traveler because of its culture – The halal food, the hospitable people, the music, history and deep diversity – features that have served to build the influx of Arab tourists.
Gabala, a mountainous, wooded region of Azerbaijan and a paradise for nature lovers, has similarly come to be a popular summer and winter getaway for the royal households of the Gulf area.
Apart from escaping the sweltering desert summers, Arabs can also take advantage of the religious similarities that have Azerbaijan catering to devout Muslim travelers – With points of worship that are easily accessible, areas where men and women have separate swimming pools, and beach areas where alcohol is not served.
Azerbaijan is counting on its safety and security, closeness to the Middle East, the similarity of Culture, nature, the Caspian coast, and its rich diverse cultural heritage to attract more visitors.
“The fundamental thing a tourist searches for when deciding on a destination is peace and safety. Only then do they look towards the service, quality, and price.” Said Rashid AL Noori Chairman of the Representative Office of the Ministry of Culture and Tourism of Azerbaijan in GCC “It is this proven safety and peace in Azerbaijan that has contributed positively to how visitors perceive the country. Aside from the safety, we have conducted many workshops, roadshows and seminars for GCC travel agents and media people to get them better acquainted with what Azerbaijan has to offer the Arab traveler.”
Data from the Ministry of Culture and Tourism showed the number of tourists visiting Azerbaijan increased by 24.9 percent in the early six months of the year. According to the minister, Abulfas Garayev, the country received 844,000 foreign visitors in the first half of 2017.
The Islamic Solidarity Games and The Formula 1 Grand Prix of Europe held on 12 to 22nd May and 23rd to 25th June 2017 respectively, in Baku, contributed massively to the growth of the number of Arab tourists who visited Azerbaijan.
While Russians and Iranian tourists continue to top the list of visitors to Azerbaijan, most of them tempted by cheaper all-inclusive packages. The number of high-profile, high-spending tourists from the Arab countries has experienced the biggest percentage jump.
So far, the country expects to continue welcoming more Arab visitors especially from UAE and Saudi Arabia until the end of summer. Mr. AL Noori added that with the application of the e-visa many other travelers interested in Azerbaijan have a great chance at experiencing the country’s beauty and abundance. 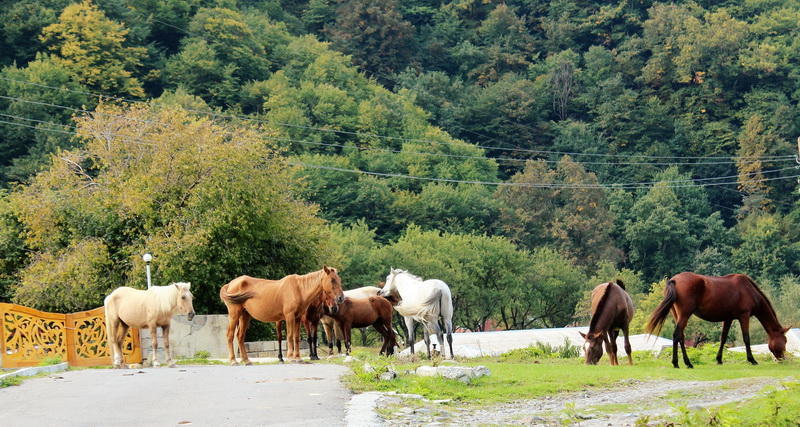 The horses of Azerbaijan

ABOUT AZERBAIJAN
Azerbaijan is a unique country with mountains, forests, farmlands and rich natural resources. A country with 9 out of the 11 possible zones and borders the Caspian Sea. Azerbaijan has both subtropical and alpine climate which offers the natural environment for the creation of diverse tourism activities.
Article Tags:
Dubai
Article Categories:
Dubai City Guide