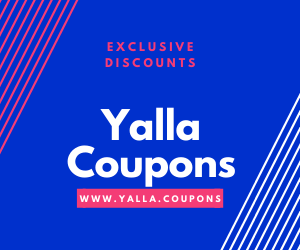 Hey guys, as this blog is all about Dubai/UAE I thought it would be nice if I make a list of top bloggers based in the UAE. I have been following a couple of them, so here’s my toppers! So let’s  start with the top Youtubers from Dubai/UAE.

With over 500 million views and 2.6 Million subscribers Mo Vlogs is the number one YouTuber in the UAE, and one of the most successful Vloggers in the world. He is also a gamer, who found his success with luxury car related videos on his channel. He started his channel in September 2013.

if you haven’t done it already subscribe to Mo Vlogs !

With over 2.6 million subscribers and 426.883218 million views Hayla Tv is a beauty and lifestyle guru, she also owns a bridal and evening gown shop; hayla couture. She started her fashion career after a part time fashion job at the age of 15, at a fashion agency. Her videos are mostly in Arabic.

Iraqi born, Lowi Sahi is someone who shares his life with his 446,686 subscribers, he has also got over 70 million views. He spent his early years in Baghdad, before moving to Jordan. He later lived in Tunisia and Belgium. His Vlogs are about Comedy, food, travels, friends, family, weddings, pranks and games.

With over 37 million views and 98,858 subscribers on YouTube, Sam Chui is living a life some of us can only dream of! He is an aviation enthusiast who enjoys flying with all type of planes from classic An-2 to Boeing 707, from supersonic Concords to Private Jets.

With 120,942 Subscribers and 23.056837 million views, Brothers channel is run by two child YouTube stars based in the UAE. It’s an Arabic channel and no other information is available, it seems it’s all about the life of two siblings sharing their lifestyle with their loyal subscribers.

With 47,871 subscribers and 3.325981 million views Dr.Rashid shares his life with his subscribers, He uploads his videos in Arabic.

One of the youngest Youtube stars from Dubai is Money Kicks, with 369,989 subscribers and 16.238517 million views, Rashed Belhasa is a 14 year old  Vlogger from Dubai. He is an entrepreneur who co-owns a clothing brand. You can see him hanging around with many celebrities in his videos ranging from film stars to sport starts.

With 179,714 and 3.702609 million views Saygin Yalcin is the Founder & CEO of the Middle largest car buying service, SellAnyCar.com. In his videos he shows his daily routine, how a day in the life of a CEO looks, and also shares his business tips with you.

With 13,622 subscribers and 3.341261 million views is Abu Dhabi’s rising star and my friend; MyAbuDhabiLife. These are daily vlogs about Dubai and Abu Dhabi life.

Let us know who is your favorite Vlogger and Why by commenting below!