Dubai to Deploy Robot Cars to Bolster Safety on Streets

Dubai is famous for being one of the most advanced cities in the world and a tourist destination for well over millions of visitors every year. Keeping all of the tourists safe and the city crimes down to a bare minimum is the ever vigilant Dubai Police Department.
And now adding to their fleet of supercars, robot officer and patrol officers is another piece of high tech equipment. What is it you may wonder? Well they are fully automated tiny robot cars that will take over basic surveillance duties.
While they are being rolled out slowly for now, they’re expected to make their appearance on public roads by the end of this year. In fact these tiny cars which measure up to half the height of an average police officer is part of Dubai Police’s efforts to make upto a quarter of their workforce be robots. 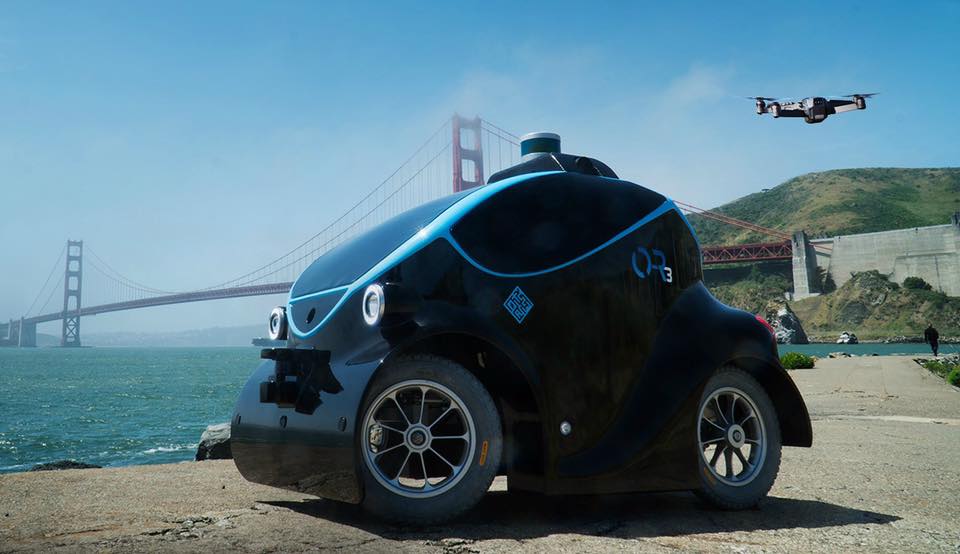 These particular ones are being developed by a Singapore based startup-OTSAW Digital. Called the O-R3, these tiny automated robot cars are fitted with 360° HD cameras that are capable of thermal imaging as well as a laser scanner and Lidar (Light detecting and ranging) to navigate its way around the streets of Dubai. Coupled with that, the Simultaneous Localisation and Mapping Technology also known as SLAM, that is being used in this tiny robot car will allow it to identify objects from 330 feet away.
While all of that is quite impressive, what can the O-R3 robot cars do? Well the Dubai police isn’t looking at it like a replacement for human officers. Rather, the plan if for these automated cars to roam around and use their surveillance technology to identify wanted criminals, stolen vehicles and objects left unattended on the streets. Then the robot would alarm the central control room and for officers on patrol, the images are available via a mobile app as well.
Other than that, the small robot is quite restricted in its ability to directly give chase to any fleeing criminals as robot cars have a measly top speed of 9.3mph. But in those cases, the O-RS has secret up it’s sleeve, or well in this case the trunk. There is a drone inside the mobile road unit and the drone can give chase at a speed of up to 27.9 mph should the need arise.The two working together should keep the streets of Dubai a bit more safer while easing the workload on the police force a tad bit.
The Dubai police chief Major General Abdullah Khalifa Al Marri.had this to say about their latest acquisition
“Essentially, we aim for the streets to be safe and peaceful without a heavy police patrol.”
Leased at around 10,000$ a month, the Dubai police have been supposedly looking at acquiring 100 of these robots by 2020. So expect in the coming years to see a lot more of these cute little robots roaming about the streets of Dubai!
Article Tags:
Dubai · Dubai cars · dubai police · dubai super cars · robot cars
Article Categories:
Dubai City Guide