This weekend we got the chance to review the Radisson Blue, Downtown Dubai! It is rated a 4* by many sites such as booking.com and trip advisor. We sent two of our reviewers for one night inclusive of breakfast! 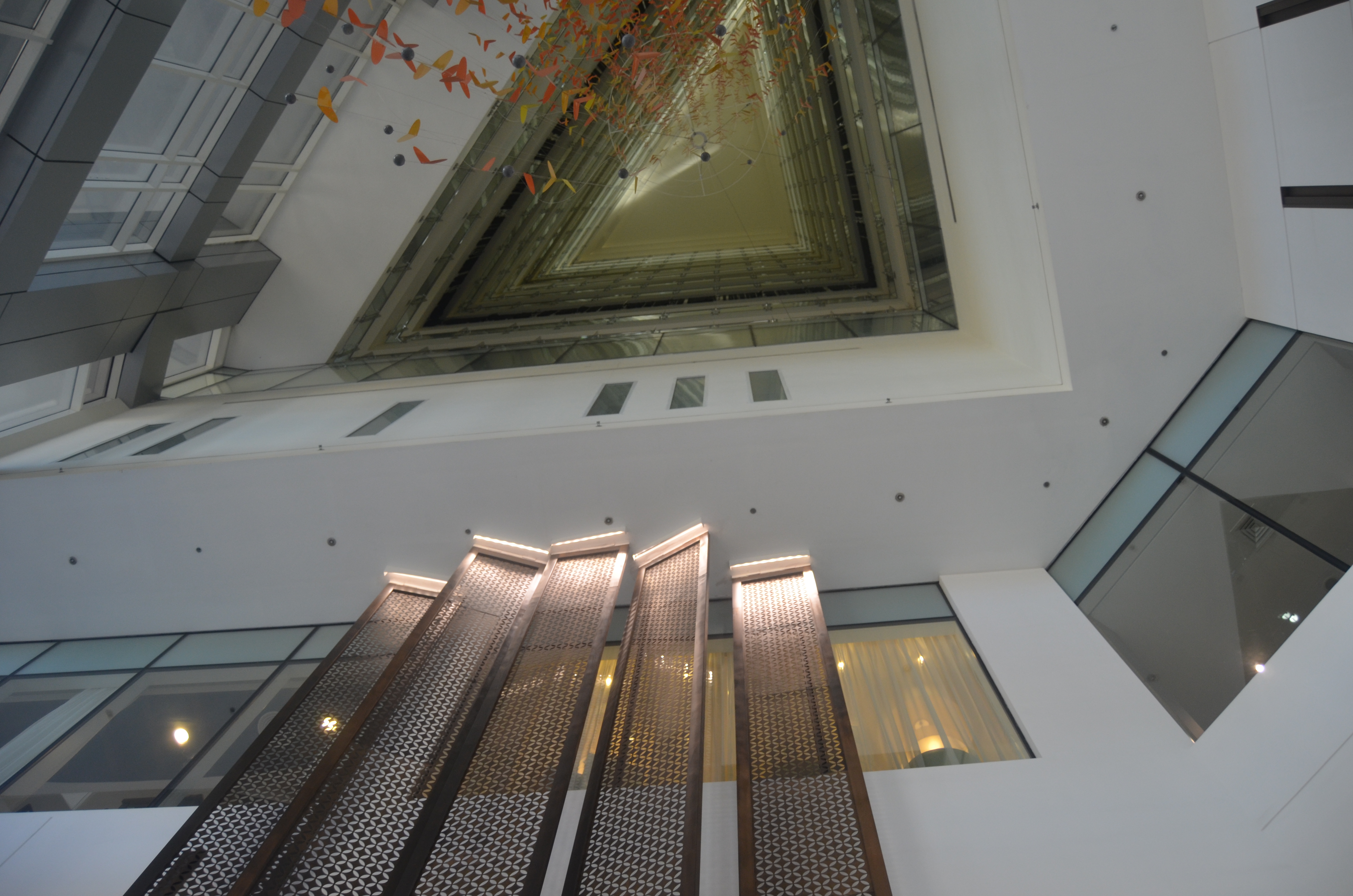 If you are driving yourself, the location is a bit tricky, so we would advise you to take a cab, metro or opt in for the hotel pick up service if you are coming from the airport. However our reviewers DID drive to the hotel and eventually found it after 15-20mins. The location given by the hotel on google is; Naissk Building, Al Asayel Street, Near Dubai Mall, and they also use google maps on the site! The Dubai Mall is a walk-able distance but due to the vast amount of construction around, we wouldn’t advise you to walk. Although when you are on the Dubai mall and exiting off Sheikh Zayed road, the Radisson is visible, we found it quite hard to reach due to all the construction and roads, so the location isn’t so great in terms of getting to it (Due to construction work going on). On the other hand it is close to the Dubai mall, Souk al Bahar, The Burj Khalifa and not so far away from things like the beach, Wild Wadi Waterpark on Jumeirah Road. So the location for convenience and accessibility to some of Dubai’s main tourist attractions is fab! 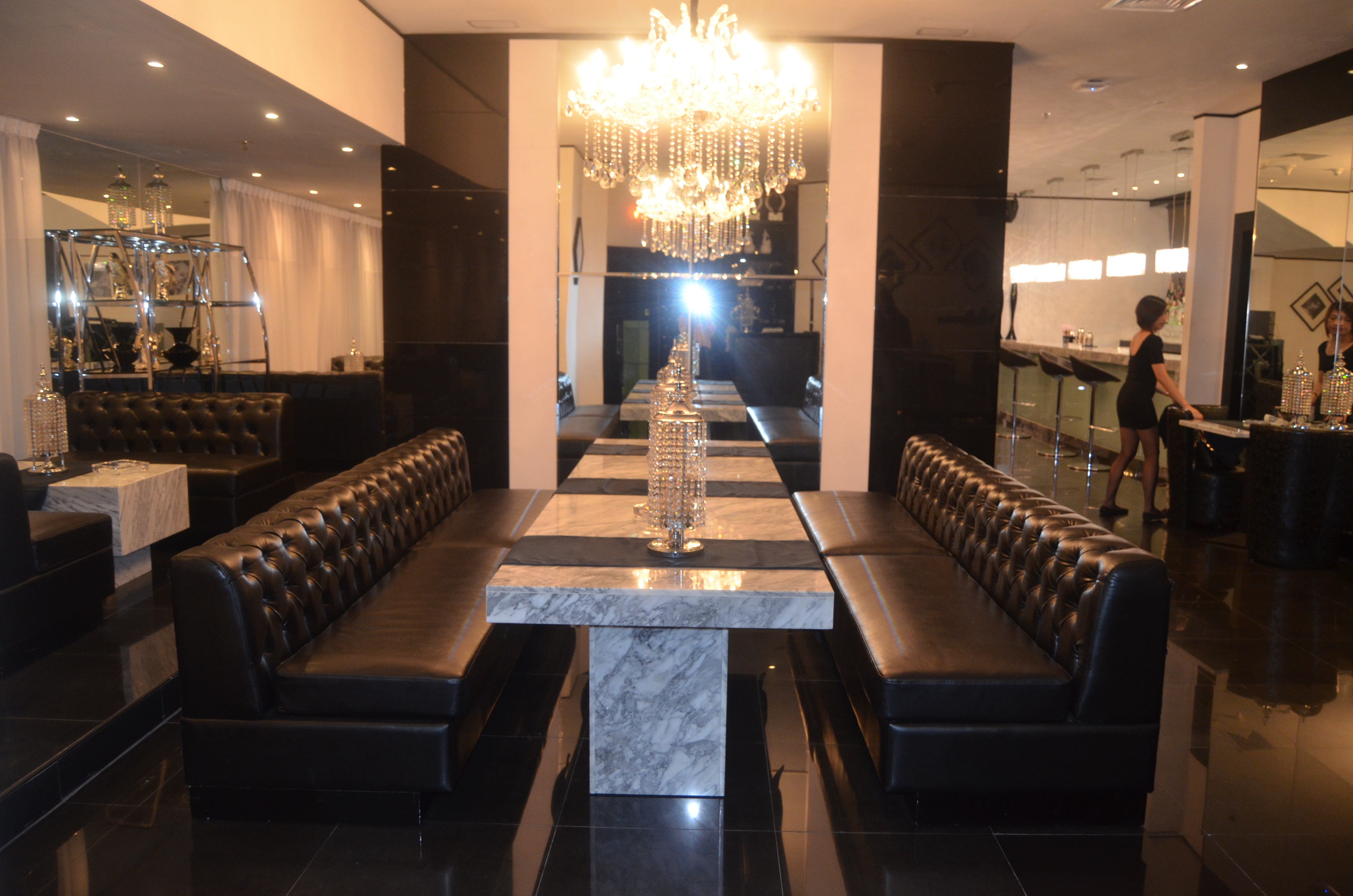 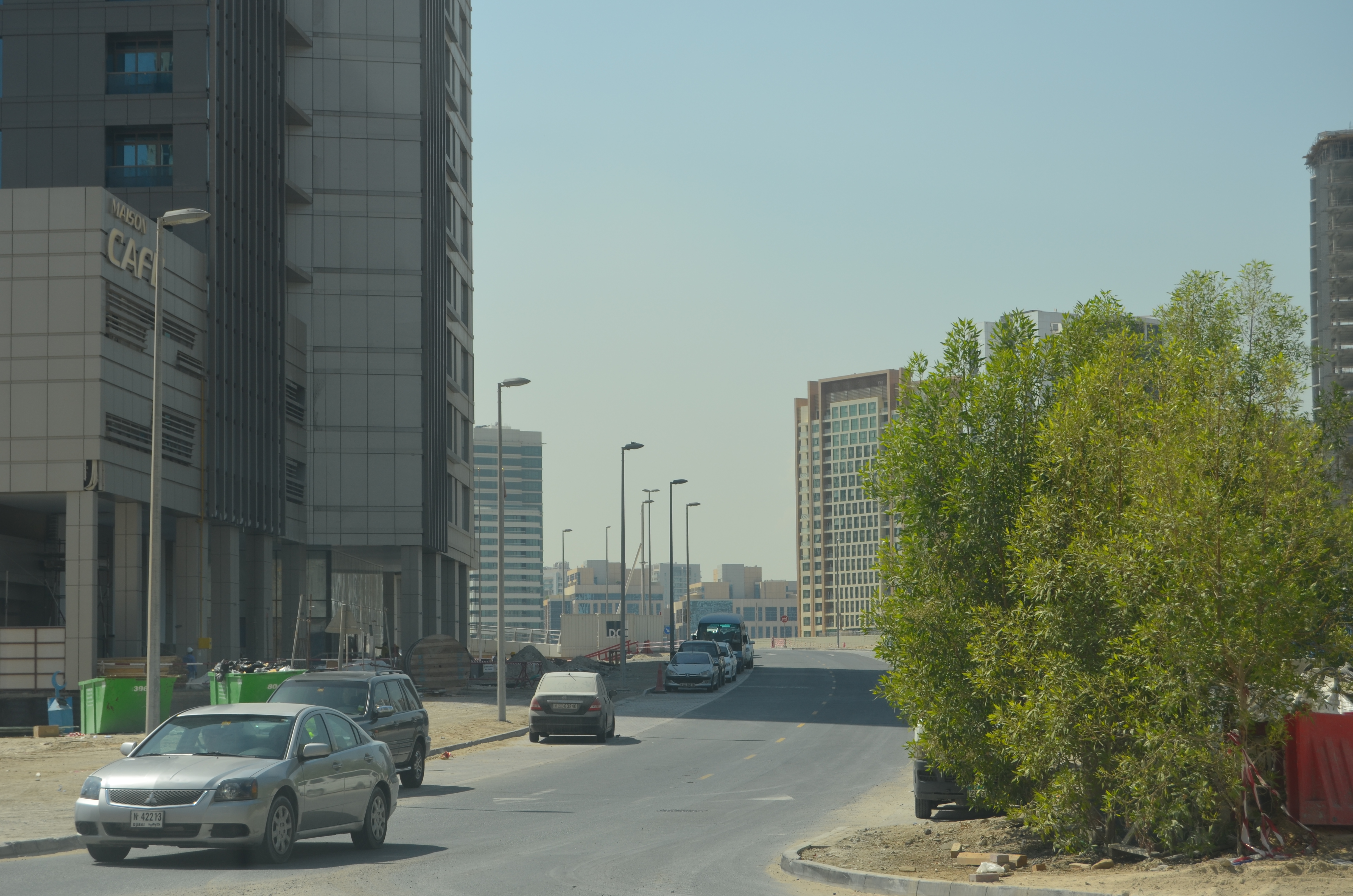 We aimed to check in about 3.30 (As the check in time is at 3pm), but due to getting lost a few times we checked in around 4/4.15pm. The check in staff seemed very busy on the phones, (but when we called 2/3hours prior to our check in to check a few things, we called twice, maybe thrice and nobody answered the number given on google), but they were very polite, attentive and welcomed us well, giving us information about dinner, entertainment and the facilities. 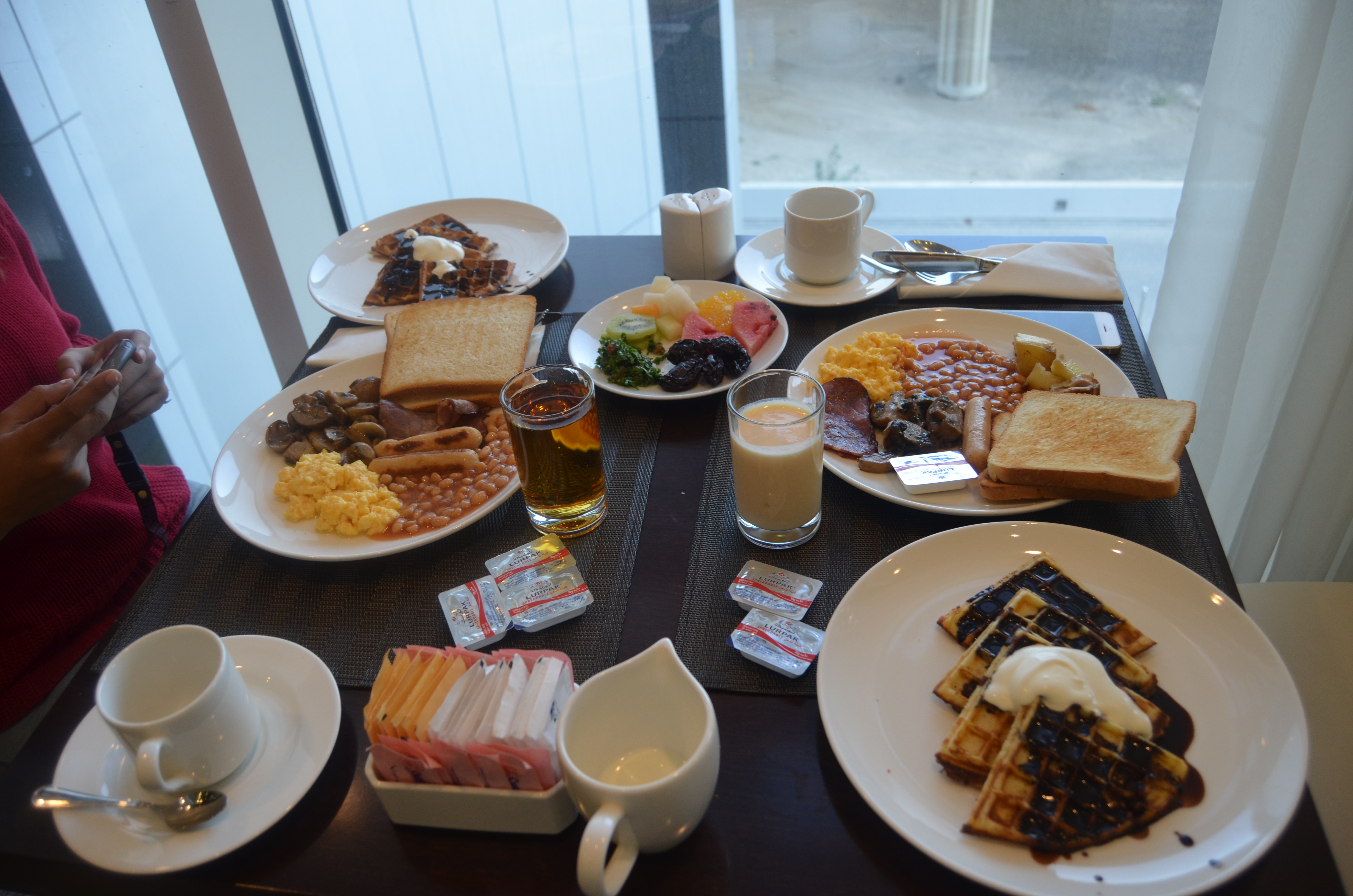 We decided to stay in the hotel and have dinner as it had been long day! The staff in the in-house restaurant “Lemon Pepper” were very attentive and kept a regular check that everything was ok. We also had breakfast at the same restaurant, and although we arrived at around 10AM (Breakfast finishes at 10.30AM), we thought the staff that morning were not so attentive and when seated and asked if we would like coffee we said yes, but that coffee never came! They generally seemed in a hurry to clear up and we didn’t feel they were so customer focused, maybe that was because we arrived late.

Although all the main Radisson staff were friendly, approachable, and presentable and we only had a few moans, the club staff at “Morjana” next door seemed very rude in their mannerisms and how we were treated when taking pictures of the empty club. Which in turn put us off visiting on the evening.

Our room was a twin double with a TV, table, 2 chairs, ironing board, iron, kettle, tea, mini bar, water and a few snacks, En suite, 2 desks, a hairdryer and 2 very comfortable beds! The room had lots of space and the view straight out and out to the right was not so good but on the left we could see the see, the busy Dubai mall bridge and it a few tall sky scrapers! We both slept like babies, the rooms were clean, the bathroom had complimentary shower gel, shampoo, conditioner, hand and body wash and facial soap! However the kettle was a two pin and there were only three pin plugs, luckily we brought our own adapter because when we called reception for a 3pin kettle, it never came? However overall we would rate the room 8/10 . 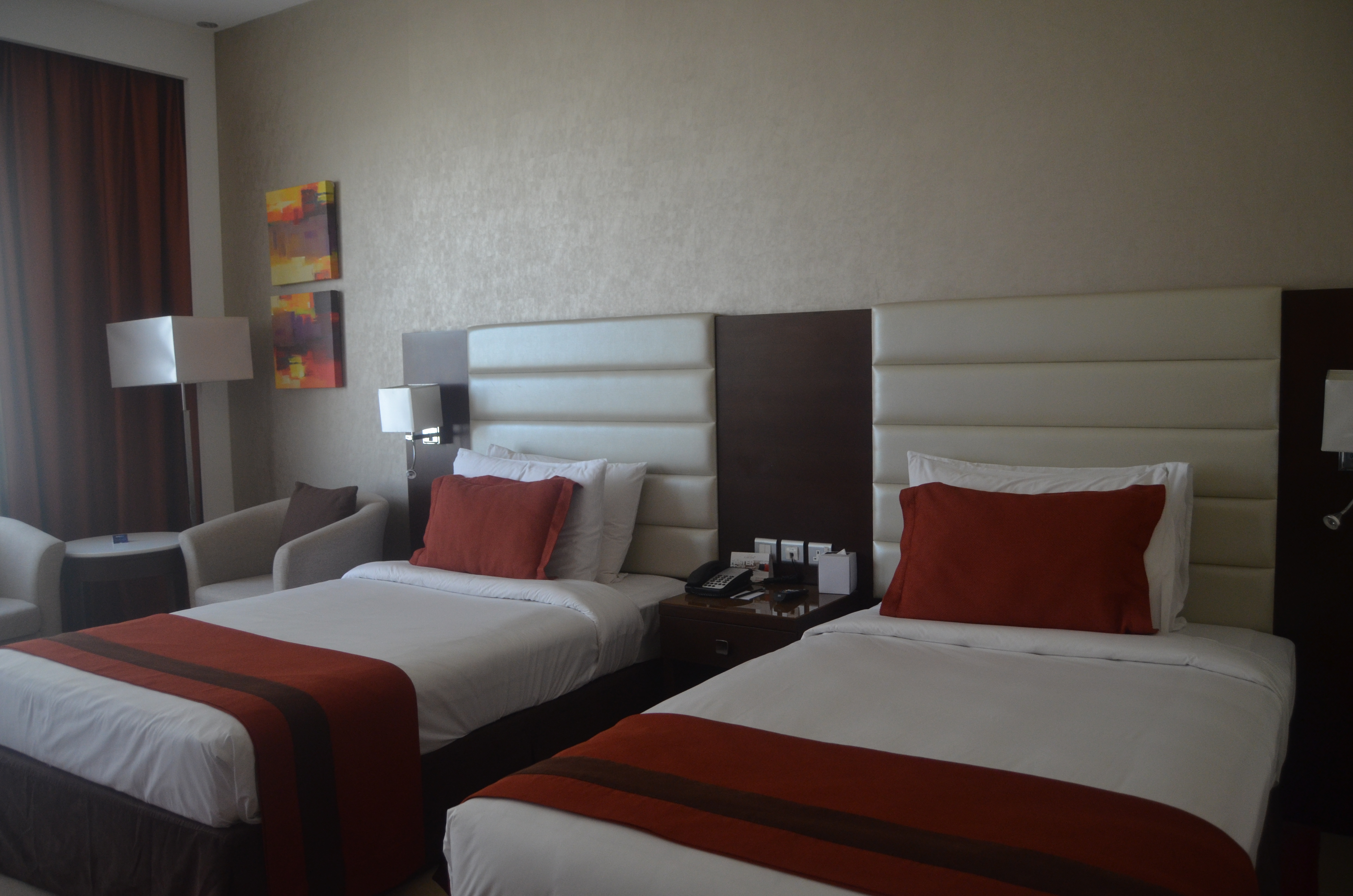 The hotel had one main restaurant (Lemon Pepper), two bar/restaurants (Cinnamon and La terrace) and as noted above a club which was neighboring the Radisson, but comes under the branch of the hotel. They also have a gym and pool for guests to use and a salon next door (Also comes under the Radisson).

Lemon Pepper is an elegant dining restaurant with a neutral sort of green and yellow colour scheme with long tables for parties or big groups/families, smaller tables and also cute little two person tables by the windows.  The decoration is simple yet elegant and fresh.

For dinner there was an all you can eat buffet (Usually 120AED but hotel guests get a 20% discount) , which had a range of different cuisines; Grills, Seafood, Arabic, Indian, Continental, a range of salads, A live pasta bar, a variety of vegetarian dishes, served with a wide selection of drinks and desserts such as; macaroons, fruit, chocolate art, cheesecakes, fruit punch, truffle cake, pastries and much more! We thoroughly enjoyed the dinner and left with full stomachs happily! The food on the buffet was all cooked and laid out to perfection, but the live pasta stand and the grills we ordered were tough, slightly burnt and the pasta was a little overcooked. However overall we would give it a 9/10 for the dinner! 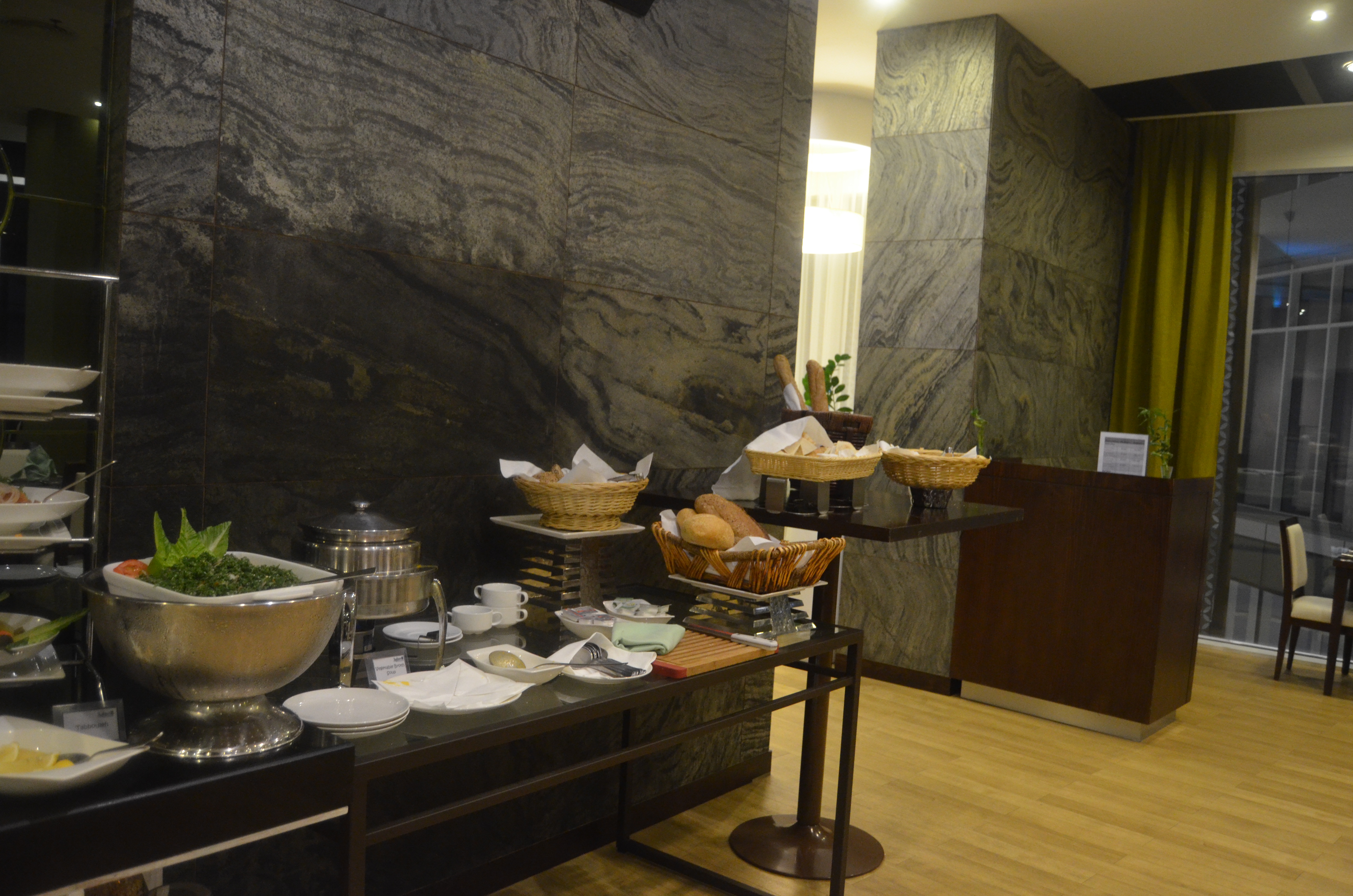 The next morning we also had breakfast at Lemon Pepper and the variety of things for breakfast was fabulous! Although the only let down was that hash browns were replaced with roasted potatoes? However other than that, the wide selection of English, American, continental and sweets was 10/10. The freshly made waffles and selection of toppings was certainly the best! There was a large variety of cereal, juice and other food such as mushrooms, bacon, sausages and toast. Also a big selection of pastries and bread! We thoroughly enjoyed that! 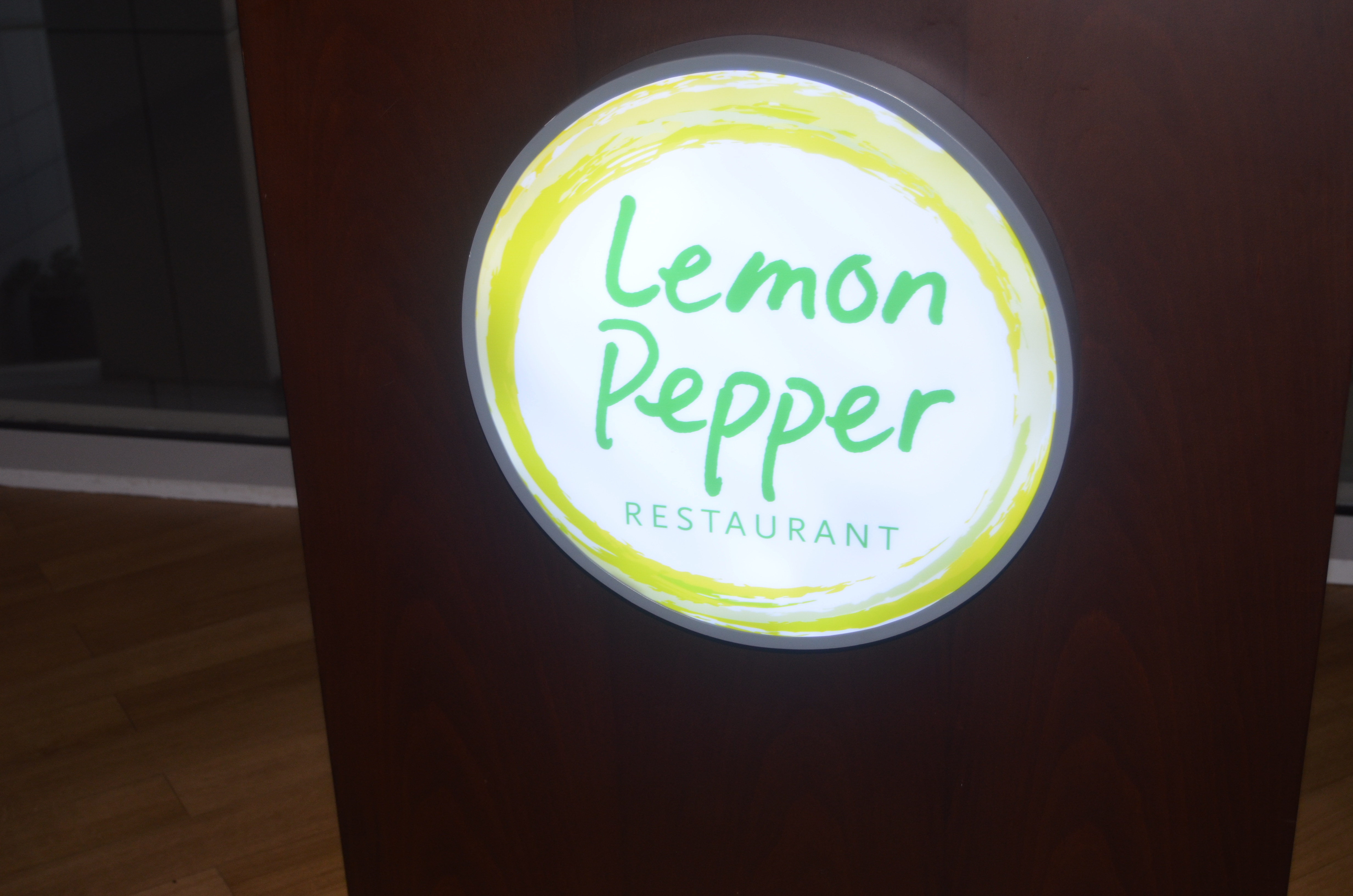 The cinnamon bar and lounge is decorated with a classy black and silver and the bar is by the DJ booth, although it was empty we enjoyed a drink there before we headed to bed. They have a lot of offers such as Happy hour (drinks at 25-30AED), free drinks for ladies, half priced drinks and so on. The décor created a classy and sophisticated ambiance, and along with the friendly staff who were on hand for anything, would make a great night if it were to be a bit busier! None the less, we enjoyed it and had the place to ourselves! 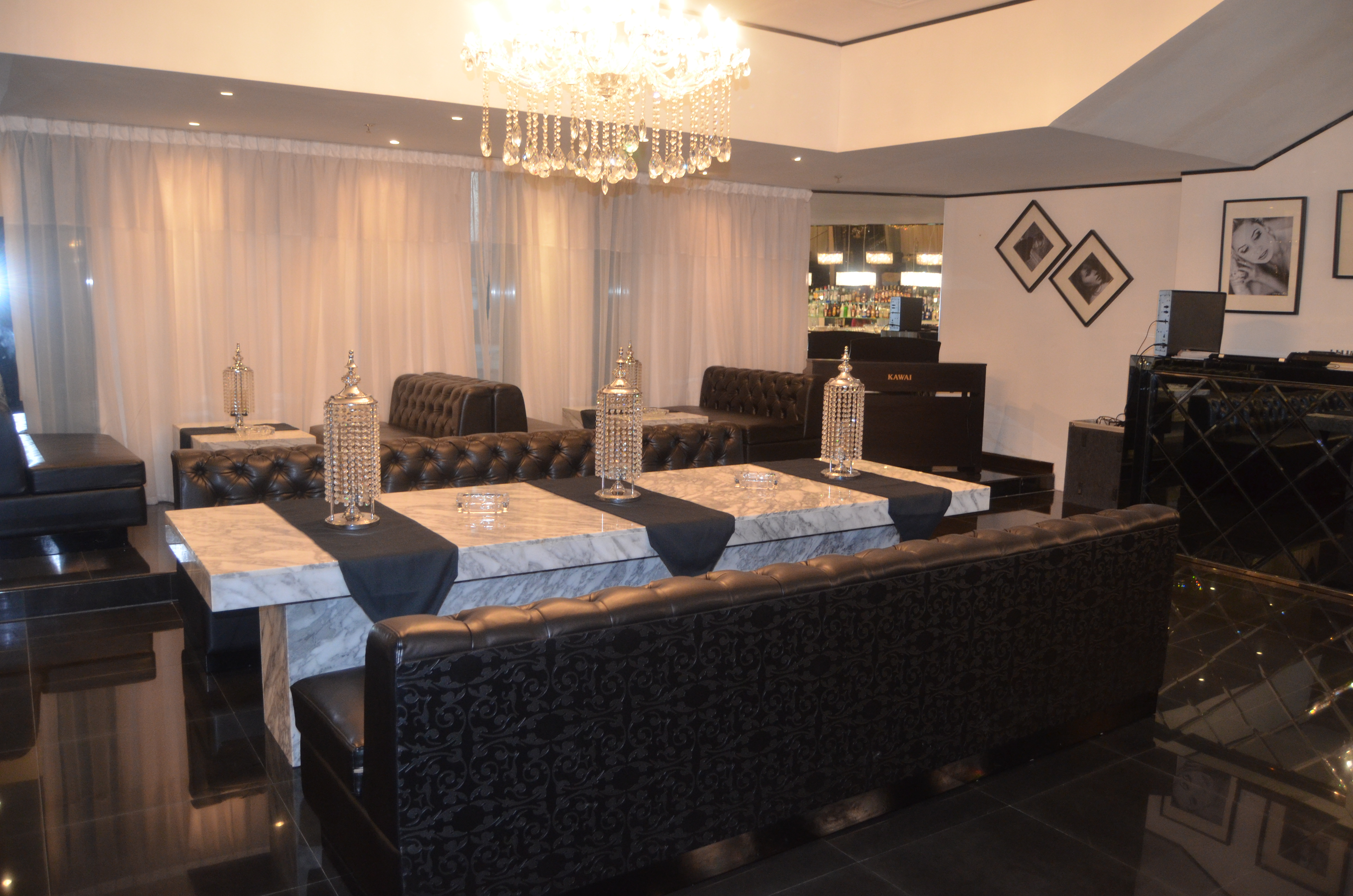 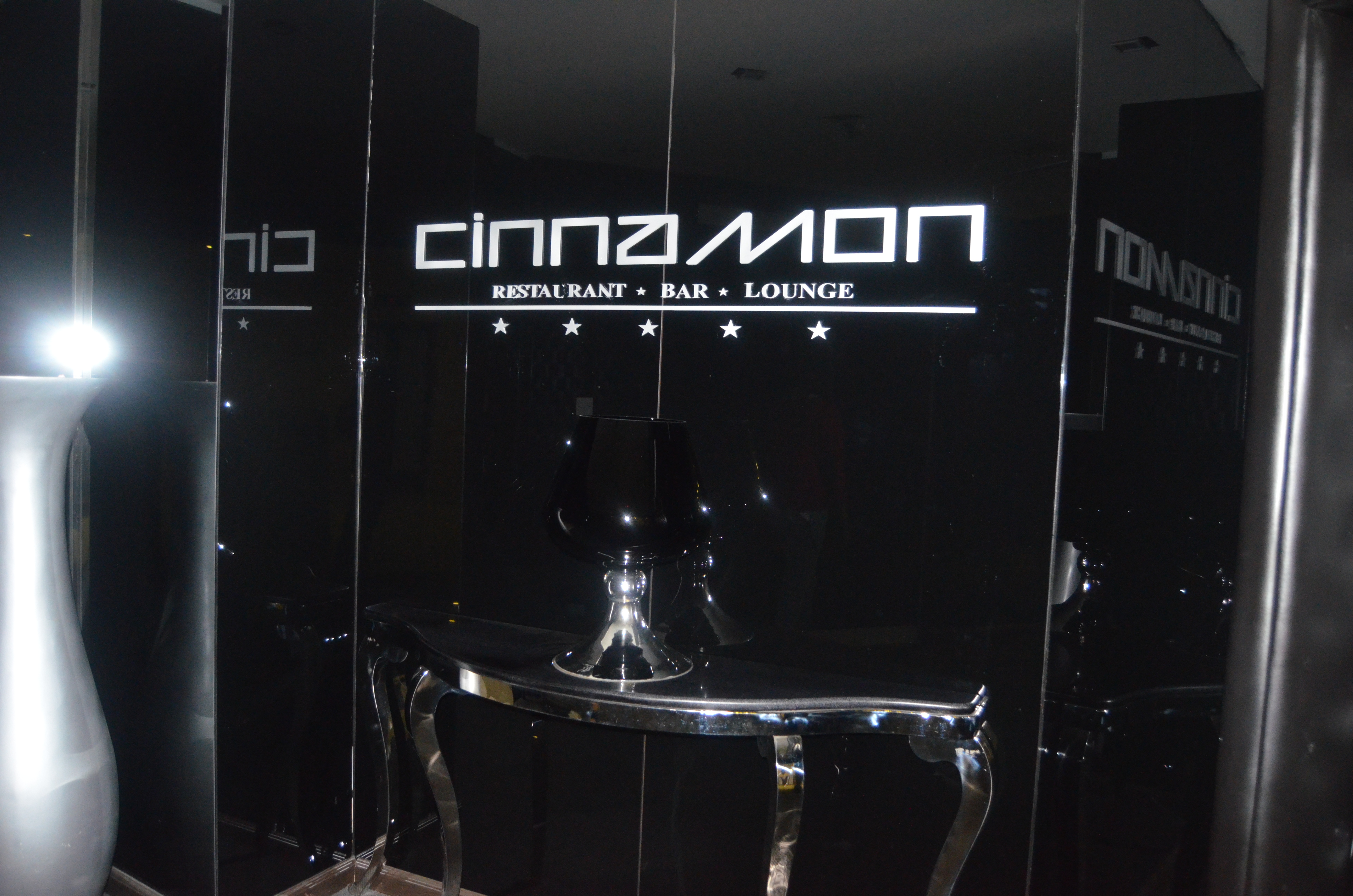 The La Terrasse Bar and Terrace is a great addition to the hotel, with the pool deck and pool around the corner, outdoor seating and swing chairs, and the stunning view of downtown and the famous Burj Khalifa, it was amazing! The pool was clean and the decks had many loungers and in the evening they set up a few tables for people to enjoy drinks, Sheesha or light snacks by the pool! The décor inside was quite modern and in the evening the tables were lit with candles for an extra ambiance boost, this bar also had a DJ and the music was more classy than the club/up-beat music in the cinnamon bar. 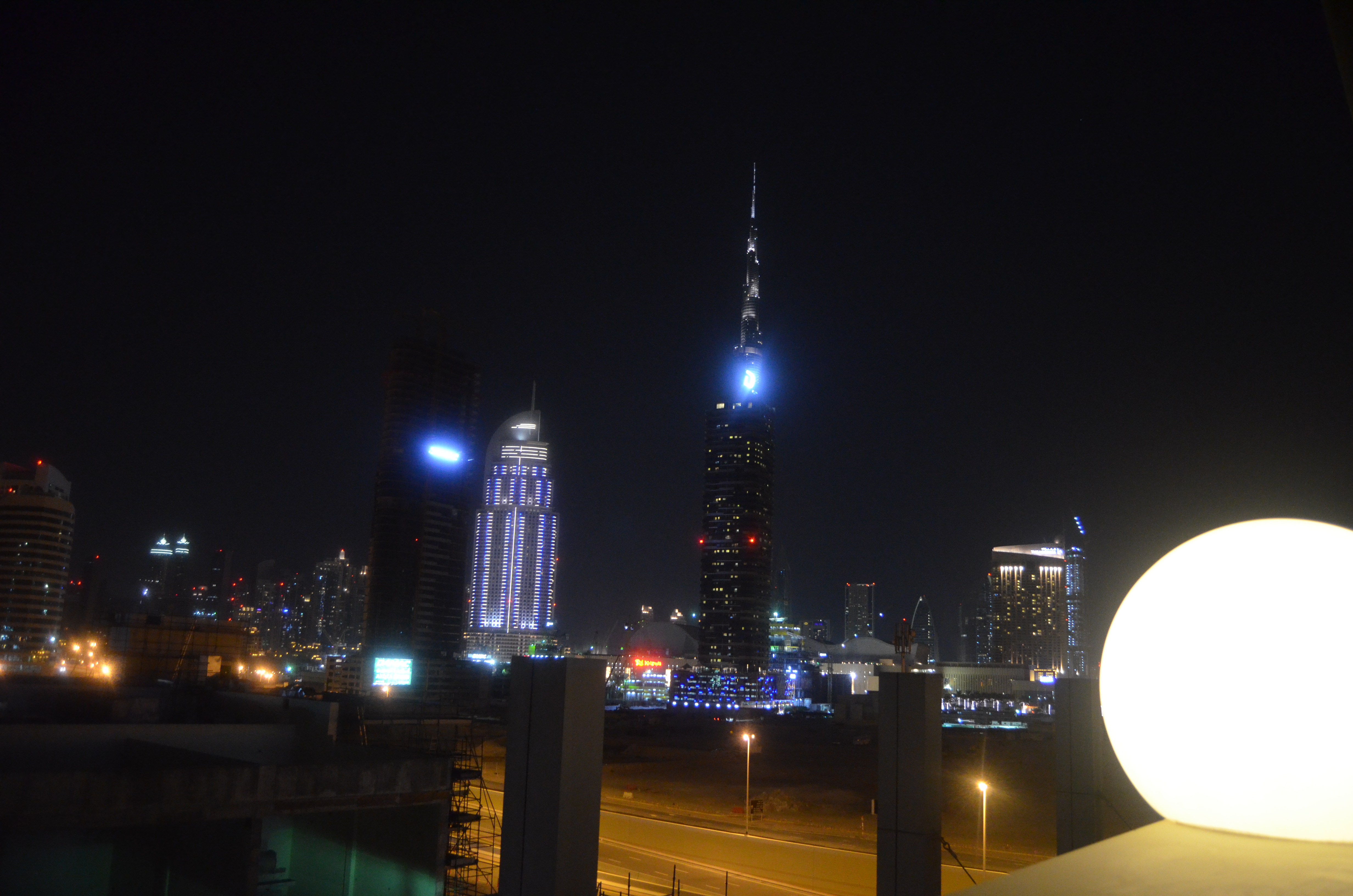 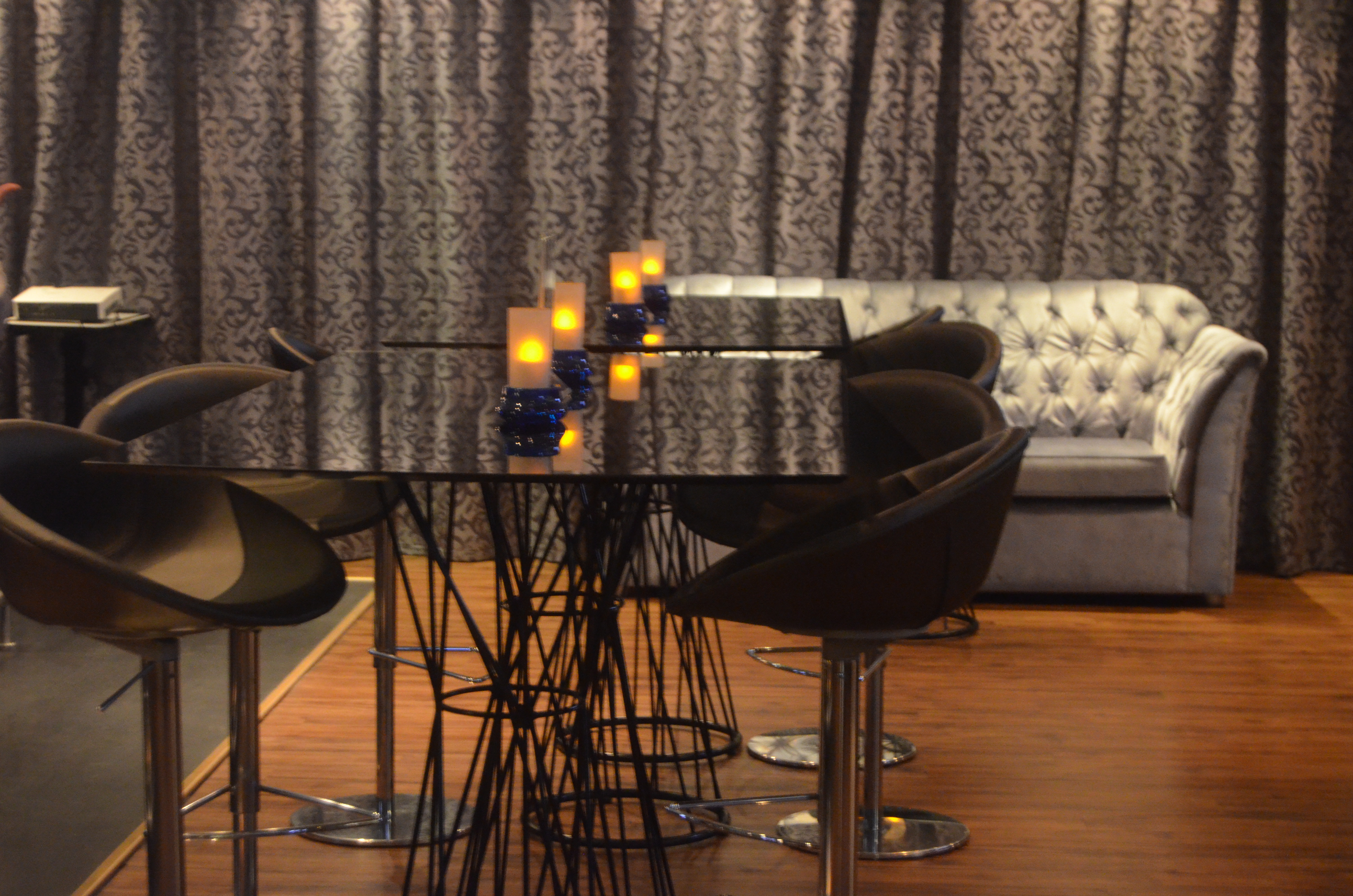 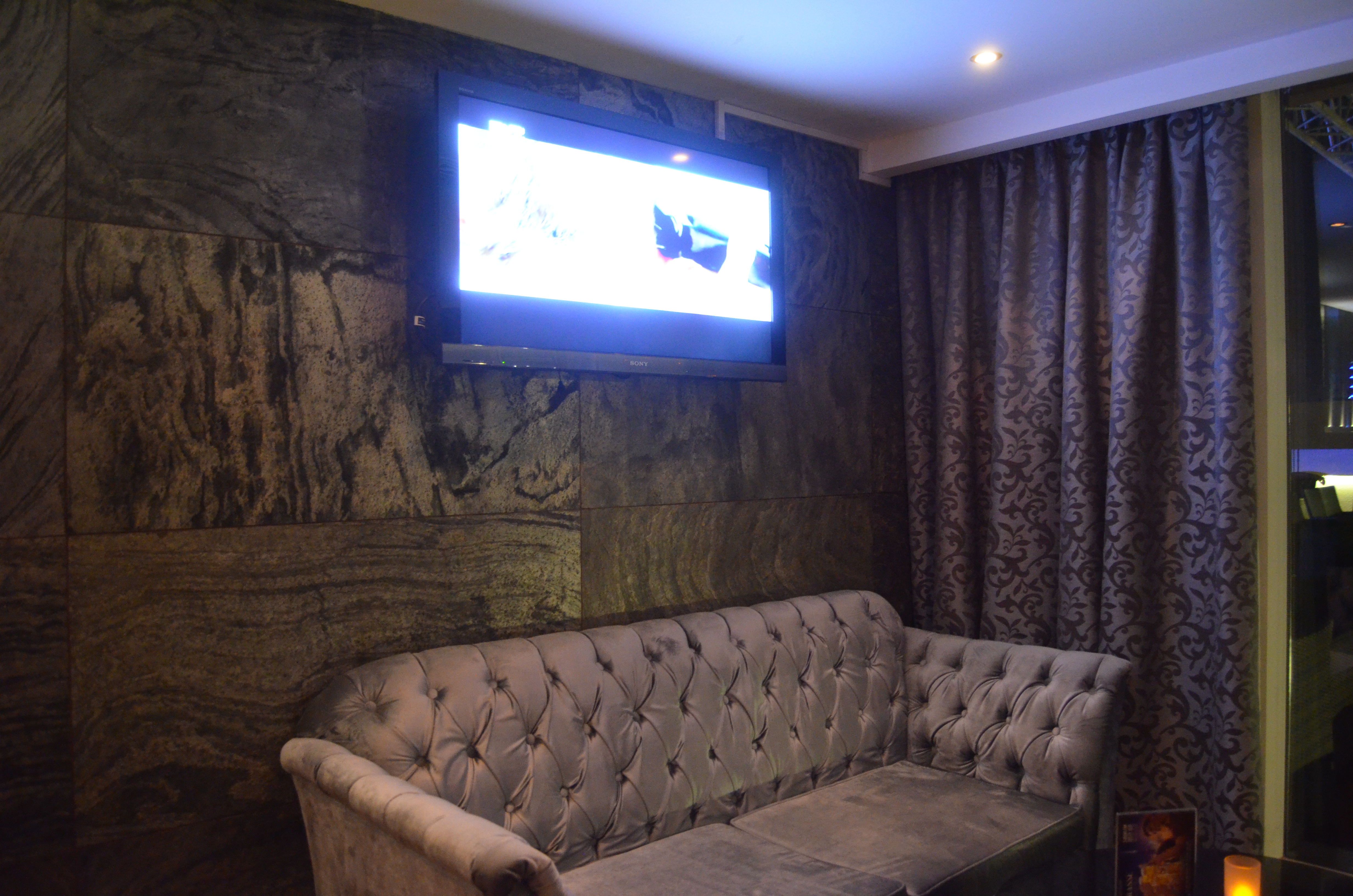 The hair salon seemed reasonable priced, the staff were very friendly and it’s always handy to have a salon in-house, for those nights out with a boom! Considering how classy the clubs and bars outside and around the hotel and Dubai mall are, you would want to look a million dollars! 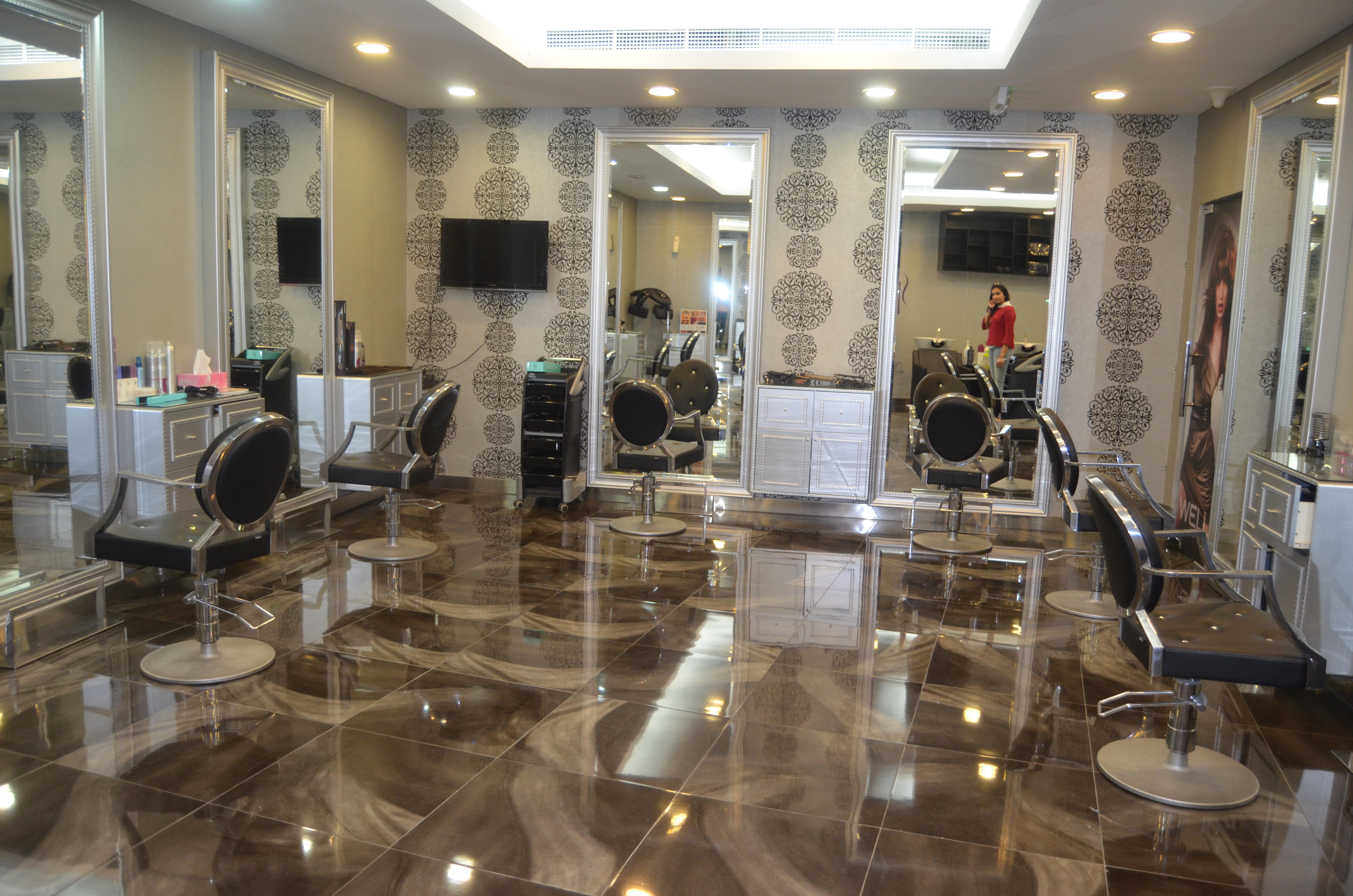 The gym was a bit messy when we went in the evening after dinner, but the variety of machines, apparatus and such was 10/10! Great for an evening, early morning or quick work out to keep you fresh!

The Morjana club has a cold underwater, icy theme, enriched with diamonds and sparkles! It is an Arabic club and usually kicks off around 11pm, but from the attitude we got when we went to take some snaps, we didn’t feel comfortable with going back, but it is stunning! However, there are also a lot of clubs by the Dubai Mall, on sheikh zayed and there is even a wild west themed pub/bar about 10min drive away (Stables on Sheikh Zayed Road). 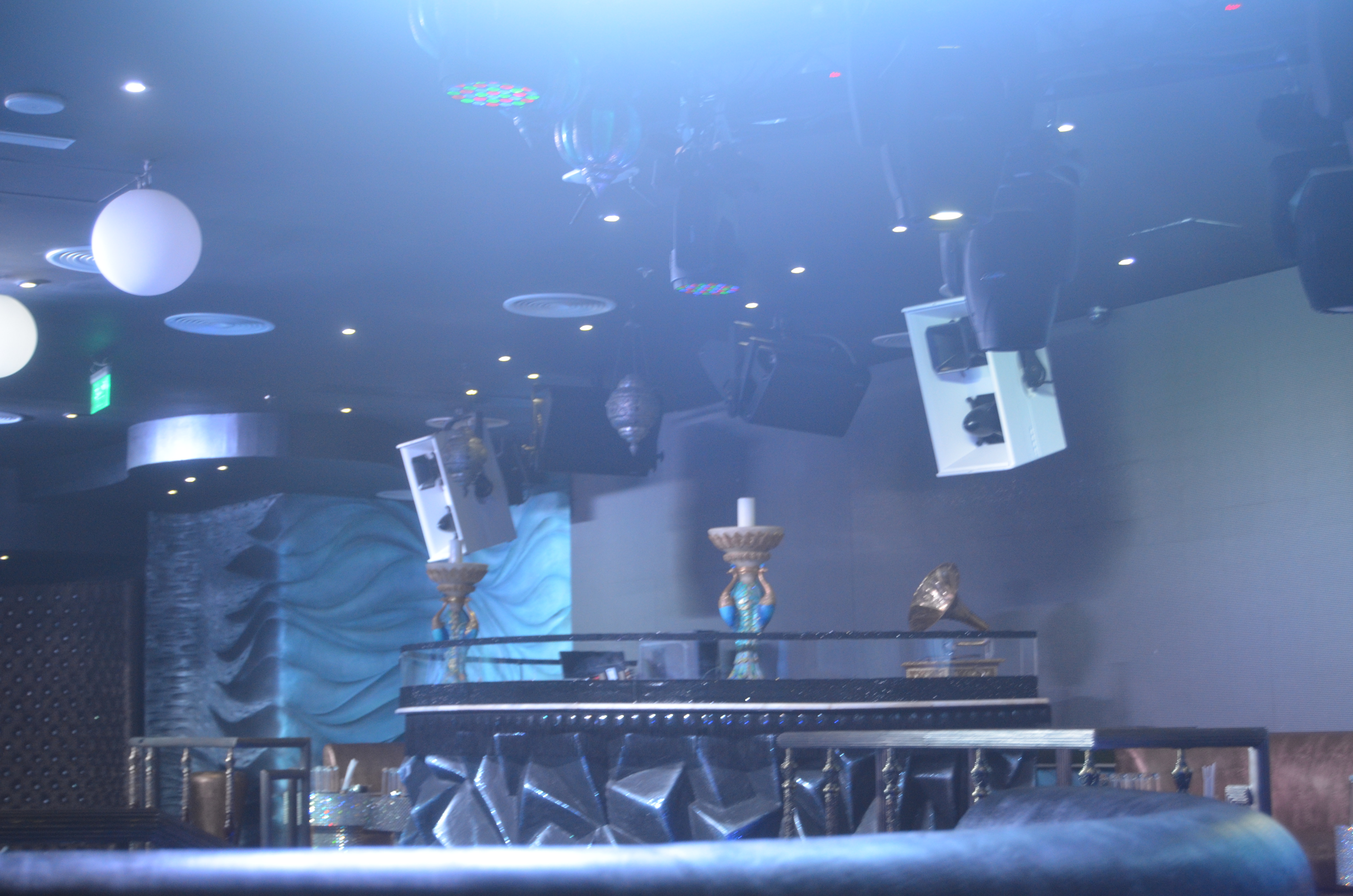 So overall, we enjoyed our visit, the hotel has some great facilities and views, its location in terms of accessibility is 10/10 and the staff were very friendly. We would like to give a big shout out to Azam, who was always smiling and happy and all the staff at the Radisson, Downtown Dubai. We would recommend this hotel and give it a 4.3 star rating! We would also like to thank Elaine Nettleton for assisting us with our booking!